Reliance Jio apps are actually crossing the number of downloads and ratings on Google Play, leaving traditional favorites like WhatsApp, Facebook, and SHAREit behind. 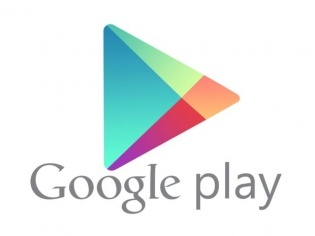 Ever since Reliance Jio 4G came into the market with its cheap data and call rates, the world of internet has been changing at a rapid pace, in India. After Mukesh Ambani, the Chairman of Reliance industries spoke about the services of his latest USD 21 billion venture, the telecom industry has been running amok with telecom service providers doing everything they can, to retain customers, with better value for money offers.

Now, Reliance Jio's apps are changing the ratings and positioning of traditional favorite apps on Google Play store, with the top 15 app downloads having 12 from the Jio stable. Though WhatsApp retains its place on the fifth, Facebook on the 10th, and SHAREit on the 11th slots, the rest of them have Reliance Jio apps, in terms of downloads and app ratings.

Reliance Jio has been giving out the sim cards from the September 5, and the effects are already being felt on the Google App Playstore. These connections bring in unlimited 4G LTE data till December 31, 2016, and the Rs 15,000 bouquet of Reliance Jio apps free of cost till December 31, 2017, which have prompted users to make full use of the offerings, prompting the changes as seen here. In order to enjoy what these apps bring to the user, they need to manually download each one of them, including the likes of MyJio, JioCinema Movies, Jio Money Wallet, etc.

On the iOS front, Reliance is yet to catch up. According to the data available so far, various ranks between 10 and 30 are occupied by Jio apps, with MyJio being the topper in the Apple apps store as well. This just proves, with the value added and price offerings falling into the consumers' laps, the fever of Reliance is here to stay for time being, and even sustain over time.

The other aspect which is crucial to be noted, is that the supply of Jio 4G service sim cards is yet to match the market demand. With only a few days since the launch, the data is not concrete or no estimates have been made public, but looking at the developments, it is obviously very large.

During Mukesh Ambani's 45-minute speech at the recently concluded AGM, he mentioned that Reliance Jio will be spread across 18,000 cities and towns across the nation, other than 200,000 villages.

In such a vast network, and with the frenzy with witch potential customers are lining up outside Reliance retail outlets for SIM cards, the deficit of SIM cards is not farfetched, but seems a bit ironic. However, the next few weeks will reveal the story further about Reliance Jio 4G services, and to the extent of its market reach.