How Gaming Changed Through Generations? | TechTree.com

How Gaming Changed Through Generations?

Gaming has definitely adapted over the generations, from board games to the desktop PCs and now the mobile. 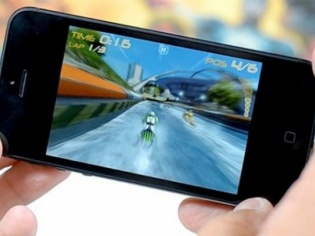 In recent years, gaming has become a pastime like never before. No longer does it have negative connotations with spotty teenage boys hiding away in fusty bedrooms for days at a time. Instead, more and more people are picking up controllers or sitting poised over the ‘aswd’ buttons and spending their time navigating new worlds and engaging with fun characters.

Your Grandma probably hasn’t spent any time with a PS4 controller in her hand, and gaming for her more than likely meant spending evenings with her pals at the bingo (though perhaps it’s stretched out to playing bingo games online, since you bought her that tablet last Christmas!). She still believes Monopoly is one of the greatest games ever created (though you’re pretty sure she cheats every time) and has a cupboard full of old board games including Scrabble, Uno, Cluedo and Boggle.

Your parents were the first ‘gamers’, and you recall your Dad playing Sonic, Comix Zone and Duck Hunt  on the Sega Mega Drive while you watched in awe. Over time they upgraded to better consoles but more than likely stopped playing games around the time the PS3 and Xbox 360 came out. In the end, they only occasionally found time to play a few rounds on multiplayer games with their kids – which is was where you were introduced to Fifa, Call of Duty and Tekken. You and your siblings more than likely took control of the consoles after this.

Gaming is a common way for your generation to unwind at the end of the day. You have titles you play regularly, you follow E3 updates each year, have watched Yogscast a few times and probably have the latest console on the market – or it’s at least on that Amazon wish-list! For you, it’s a perfectly normal form of entertainment, and you have no issue with e-sports being granted ‘sport’ status and even making its way to the Olympics.

Your kids – should you choose to have any – will more than likely be inspired by your love of gaming and be all too ready to embrace the latest tech. VR technology is currently making waves and could be the new way of gaming we’ve been looking for, completely immersing ourselves in new worlds and perhaps trying to refrain from throwing the headset on the ground when we experience a jump scare – like this poor TV presenter.

Gaming has definitely adapted over the generations, and actually very quickly. While we might still enjoy a good board game round the dinner table on special occasions, it’s the tech that’s drawing us in now and will continue to do so in the future.