5 Things To Know About Android Nougat Before It Rolls Out | TechTree.com

5 Things To Know About Android Nougat Before It Rolls Out

August 5 is going to be a great day for all Android smartphone lovers as Android Nougat rolls out and the first smartphone is not LG Nexus 5. 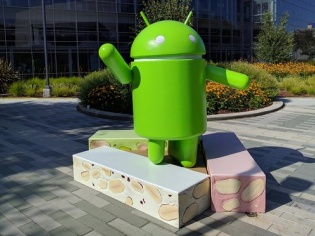 The latest instalment of Android, version 7.0, also christened as Nougat is all set to be launched officially on Aug 5... and we are counting moments!

While we already know that LG's V20 is going to be the first smartphone to get Android Nougat, a lot of other interesting facts are being leaked recently, including a tweet -- 'Sorry Nexus 5 owner, no Nougat for you' by Evan Blass, popularly known by Twitter handle @evleaks.

Here are five interesting things you would love to know about Android Nougat and why it is one of the most important release for Google:

1. Manual Exposure Control And A Lot Of Other Camera Features We have seen a couple of preview builds of Android Nougat earlier and we couldn't find any such feature that could actually allow users to control exposure manually instantly from the camera app. However, Android Police has recently reported that the final build will be coming with a slide on the right hand side of the camera app that would allow users to control exposure manually. Along with this, there seems to be a lot of other interesting camera features as well including customization of volume buttons for certain camera functions.

2. Watch More And Do More With Split Screen

If you are already using a Samsung tab or a Chinese smartphone like Xiaomi or Honor, you would already know what we are talking about. It was high time for Google to incorporate the split-screen function in stock Android as most of the skinned versions already have this. 3. Reply Directly From The Notifications Menu

Open the app from the notifications menu and replying consumes in a couple of seconds... and it seems Google wants to make Android N too effective and user friendly as much as possible. Users will be having a 'direct reply' feature on Android N that allows to respond to text messages or update task lists directly from the notification menu.

We have already seen how friendly is Android Nougat with Virtual Reality in the dev preview 5 build. Users get the VR options in the Display settings and are able to access options like 'use low motion blur settings' or 'do nothing', reports Tech2.

5. Doze Your Smartphone When Screen Is Turned Off

Most of us have experience a powerful battery saving mode on Android M that turned on automatically when the smartphone was kept stationary. However, now, with Android Nougat, Google has come up with 'Doze on the Go' feature that activated power saving mode as soon as the screen is turned off. Users can save more battery with this new mode and as we all know, saving battery is our ultimate criteria when it comes to smartphones these days!