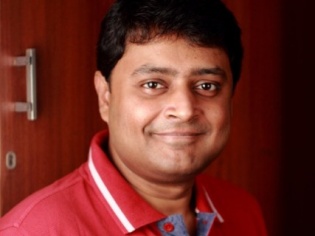 The two-day event 'Global Mobile Apps Summit and Awards' (GMASA) organized by Apps World magazine kicked off with panel discussions and ended with the award-giving ceremony. Panel discussions were mainly based on how important apps are, where they might stand in the future, how can apps developers make revenue out of their apps, and a lot more interesting topics.

Here we have GMASA Chairman C R Venkatesh answering some of our questions regarding mobile app industry and the event itself. Read on.

How will the Mobile App Industry be after 10 years?

In a decade, the mobile app industry would be phenomenally huge, and still growing. Mobile phones being the primary handheld devices that people will always use, mobile apps will be integrated with other wearable devices. And with the advent of IoT in its full form, mobile apps will do much more than what they are doing right now. With the possibility of integrating the real world with the virtual, possibilities are endless.

What are the best ways to monetize mobile apps, according to you?

Build apps that solve a real problem. Money will follow.

Describe the challenges faced when making the first move for GMASA.

Conceptualizing GMASA was not as difficult as implementing it. The first challenges were to organize the industry, meet several influencers and win the trust of participants and guests. Since we have been around for a while, and had a clear blueprint, we were able to vault these obstacles without too much pain. We have grown with the support of our mobile app community members.

What were the various events that made up GMASA's agenda?

In addition to keynote speeches and panel discussions, we had an exhibition and workshops conducted to give attendees an upfront look at the lates in the industry. are the parallel events at GMASA.

What is the target audience for this event?

Three successful events later, how does it feel like?

It is a great feeling of accomplishment. With each instalment, GMASA is getting bigger and better and the responsibility of organizing the event impeccably is huge. I am happy that I and my team were able to accomplish the big task with zero glitches.