A little device that changed the way we streamed our favourite content. 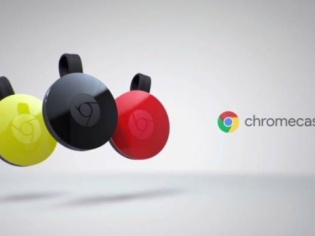 Three years ago, on the 24th of July Google introduced this little fella, who was hailed as the every man’s streaming gadget. There is no doubt about that Chromecast still remains the humble guy in affordability and availability. For over three years and many more to come, Chromecast will be a part of our lives and we will look forward to new features and upgrades in the days to come.

A report published by Strategy Analytics Connected Home Devices (CHD)  stated that Amazon, Apple, Google and Roku accounted for more than 8 out of every 10 Digital Media Streamer shipments worldwide in 2015, while Google's low-cost HDMI dongle continued to lead the standalone streamer market and is among the top five players.

David Watkins, Service Director, Connected Home Devices service said, "Google's puck sized Chromecast dongle continues to have broad appeal with consumers who favor its mobile-centric approach to content access and control. The device's portability and low price at just $35 has made it an impulse purchase for many and household ownership of multiple Chromecasts is not uncommon. However, the mobile device is not necessarily the center of the universe for everyone and devices such as Apple TV, Roku and the Amazon Fire TV continue to prove popular with those looking for a more traditional remote-based and UI driven TV experience."