Are you on 2G yet? don't worry.. it doesn't make much difference! Well, at least for Nanu. 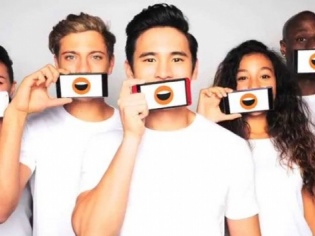 The two-day Global Mobile App Summit and Awards 2016 recognized many mobile applications that have made a difference through their innovative concepts in the fields of education, lifestyle, news, medical, music, games and social media, to name a few. Some of these apps were even game-changing. However, the one app that needs a special mention at the event was 'Nanu.'

Nanu uses Voice over Internet Protocol (VoIP) technology and allows users to call everyone for free. Well you may say, it’s just another VoIP app! Not really, Nanu is entirely different in the already crowded app marketplace. Here's why.

Martin Nygate, a seasoned entrepreneur behind Nanu claimed that users can make free calls to everyone, everywhere... and this even includes on 2G network speeds! Now, this is where the app gets exciting, especially when our country's network speeds are way too slow.

The app works like this… It pays telecom companies a fee for each call made through its platform and also lets users make free calls to mobile and landlines even when data connectivity is poor. 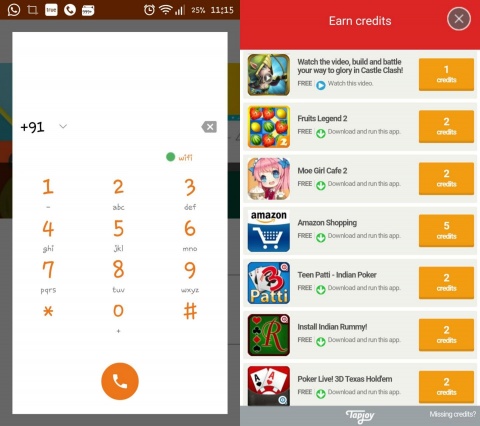 And so, while Nanu competes with the likes of Skype, Viber, WhatsApp Audio Call, etc., it still manages to clearly take away the trophy as the app uses up to 80 per cent less bandwidth, making possibilities for crisper calls even on slower 2G networks.

Getting Nanu on your smartphone is very easy. Install the app from Google Play Store and register with either your email ID or mobile number. You are good to go!

So, here’s my verdict after installing the app? Well, calls are undoubtedly crisp. So, Hats-off to the team behind the app, for developing such an algorithm! I have been able to call a couple of people via the app and believe me, the quality was better than the traditional voice calling on BSNL.

However, Nanu users to non-Nanu user calls are not completely free. You will be getting 20 credits initially for such calls, which sums up to 10 minutes of free calls to any landline or non-Nanu user mobile number.

But there’s good news too. The app has given an opportunity to download other apps or watch videos and gain credits which can be later used for such calls. However, is that what you would like to do to get free calls? That’s something we need to think about.

And hang on, there seems to be some twists in the story. Nanu gives Indian users free call credits every day. That's something unique, though we do not know until when is this offer valid. And finally, Nanu also has a messaging feature which is currently possible only between two Nanu users.

While Nygate has had a meeting with the Telecom Regulatory Authority of India (TRAI) and said that the regulator was “very supportive” VoIP has its own share of challenges in India, as we have seen how telecom operators blocked Indian startup Ringo from offering cheap calls, and this was not so long ago. This is an area we need to watch out for!