The new iOS revives the excitement of using an iPhone for the first time. 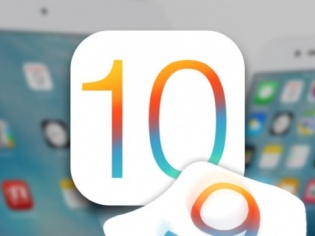 But iOS 10 tells a different tale. The upcoming software update offers a dramatic re-imagining of the experience of using an iPhone. The next iPhone handset- iPhone 7- will offer only minor upgrades in terms of device hardware, allowing the software to take centre-stage. The upgrade is still in its beta stage and in the process of fine-tuning, but there are still a good number of changes to write home about.

Siri- With iOS 10, Apple has opened Siri up to third-party app developers, thus broadening the scope of the assistant’s functions. You can now use Siri to perform tasks outside of built-in company apps- you can ask her to call a cab or to send a WhatsApp message, and so on.

iMessage- The new iMessage has a bevy of new features, including (but not limited to) integration with third-party apps, handwritten messages, and replacing words with emojis. The app integrations allow for tasks like sending money via iMessage and the like- you get the picture. What’s more, the increased number of features doesn’t make it difficult to compose texts using iMessage- it just feels the same as before, you just have a lot more options while texting.

Photos- This app just got a lot smarter. The app scans your photos to determine the subject of each, and then groups them together under those categories for search purposes. So you can type ‘quotes’ and find all your quote pictures at once, or ‘cats’- since cat pictures are incredibly popular these days- or anything. The other major addition to Photos in iOS 10 is the Memories tab, which organizes photos taken in certain places and at specific times into albums. That certainly saves you time and effort, don’t you think?

Lock screen, widgets, and other apps- Everything’s smarter. That’s a given. The “Siri Suggestions” feature has been merged with the “Today” tab. The combined tab is accessible by swiping to the right on the home screen, lock screen, or the notifications panel. All the widgets are the same size, resulting in a more streamlined and slick look. The changes will be well-received by iPhone users clamouring for more customisation options, as in Android devices.

The iconic “slide to unlock” animation, over which Apple and rival Samsung were embroiled in a patent dispute, has been axed. Now, sliding your finger over the screen will pull up the list of widgets. Swiping in the other direction will launch the camera.

Some of Apple’s apps have also undergone a revamp. Apple Music has a new appearance designed to help deliver music and playlists faster than before. The clock can now supposedly help you develop better sleeping habits.

Apple Maps has also seen improvement. Developers will now be able to plug their services into Apple’s navigation app, allowing users to use their various services without leaving the app. Other tweaks, including the ability to search for gas stations and restaurants while driving, keep Apple Maps in the race with rival Google Maps.

iOS 10 brings back the freshness that made using an iPhone such an experience. The software will officially roll out in September.