Home » Features » From Marshmallow to Nougat: Will Your Phone Make The Jump?

From Marshmallow to Nougat: Will Your Phone Make The Jump? | TechTree.com

From Marshmallow to Nougat: Will Your Phone Make The Jump? 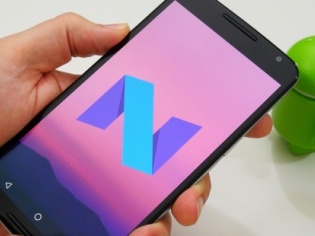 It’s July. July means a lot of things, not least of which is the big reveal, on Google’s part, of the name of the next version of Android. This time, it’s Nougat and happy as we are with Marshmallow, N is for Nougat, is for New is for Need It Now!

So, the next big question for all us Android users: when will I get the update?

Unless you’ve got a recent Nexus, or a high-end Android phone, it’s unlikely that you’ll avail of the new version of the OS. Even now, only about 10 per cent of all Android phones have Marshmallow, and a good chunk of those were launched with the then-latest update pre-loaded. Only a handful of phones already operational actually received the Android M update, and those were largely high-end devices at the time- now they’d be mid-range at best.

Google is mainly concerned with the Android update reaching the Nexus phones. The responsibility of making sure that the update reaches all Android phones lies with the phone companies, who have their own agendas regarding the pushing out or withholding of updates.

To begin with, there are just too many Android phones around. Samsung, the world's most prolific Android phone manufacturers, has at least 15 different models. Ditto for other companies, even India-based companies like Lava and Micromax fall in the same category. These companies simply don't have the resources to modify the latest Android update to suit each of these phones. There are companies that do- Xiaomi, for example- but the process is time consuming and further delays the reach of the product to the customer.

Second, even if they can undertake the modification, many companies don't want to because withholding the update makes it easier to sell a new phone with the latest Android. Alternatively, they view the update as being a differentiating factor between the their high-end models and the rest. Samsung and HTC do put in the effort to bring the latest Android update to certain premium phones, but not to their mid-range and entry-level devices.

Many customers tend not to update their phones regularly, or to consider having the latest OS version as a necessary feature while buying a new phone. On one memorable occasion, Samsung partnered with Dominos and offered a 20 per cent discount on pizza if they updated their phones, just so that they’d update.

Neither has Google, from the very beginning, bothered to emphasise that the Android update should not be taken for granted. The company does not support its own Nexus phones the way Apple does the iPhone. It only supports every Nexus phone for 18 months after release, and chances are that this time, even the Nexus 5 may not get Nougat.

So what can the ordinary customer, a person like you and me, do?  For one, the next time we buy a phone, we need to find out whether that phone will receive the next Android update or not. Most Nexus devices and the new Moto phones always receive the updates, at least for 12 to 24 months. High-end phones like the Samsung Galaxy S7 and the HTC One A9 also get them. Anything else you can’t be sure of.

So even if you fall in love with a phone’s design, camera, or any other feature, think long-term: will it get the next Android update? If yes, it’s a go. If not… well, as we said, there are tons of Android phones out there.