Home » Features » The Future Of Smartphones: Where Will It All End?

The Future Of Smartphones: Where Will It All End? | TechTree.com

The Future Of Smartphones: Where Will It All End?

Gone are the days of writing letters or calling friends on their birthdays. Now we have apps for both and that too on our smartphone. Are the phones turning humans into dumb zombies? 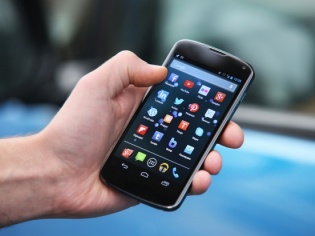 From stars to the suns,

From Galaxies (Samsung) to the Ones (HTC);

We watched them fall (Nokia),

And still rise to become so tall (Apple);

No one knows where this world ends,

Amongst these everyday changing trends.

There was an era when our great great Grandfathers used to write letters (no WhatsApp) as the only means of communication. Then landed the Telegraph (not telegram) in the year 1902. It stayed almost for a decade.

It was the year 1995 when Pagers became the tech love of people’s life. While everyone thought it was a miraculous breakthrough in the tech world, they didn’t know that nothing stays in the tech world forever.

The mark of the 21st century saw something so great, so unique that it’s been almost one and a half decade and still it has not reached its full potential. Yes I am talking about mobile phones. The biggest invention of the 21st century. Far distances don’t feel distant anymore, connecting the world more closely than ever.

A more advanced species of mobile phones are known as smartphones. See what they have done - we don’t use cameras anymore, nor do we use telephones anymore, and letters are almost extinct; all because we have these tiny little feature loaded gadgets in our pockets.

But then came the year 2016, where for the first time in the Smartphone history sales dropped in some parts of the world.

How can smartphones stay when nothing else stayed forever. The history of Technology is in itself a proof that every technology has to fade away in order to make way for a better or a bigger player to take over.

Don’t stress. They will be here for a while but not forever but the most astonishing part is nobody knows “When will it end?”