Does this race with Spotify justify a USD 500 million payout for the deal? The grapevine has been agog with rumors for over a week of a possible deal between Apple and Tidal, the subscription-based music service owned by American rapper Shawn Corey Carter, better known to music lovers as Jay Z.

If the deal goes through, Apple Music would be richer by 4.2 million subscribers, taking the aggregate number to somewhere close 20 million, still way short of the 30-million subscriber base that Spotify boasts of currently.

In addition, Apple would have access to the exclusive deals that Tidal has with some of the top stars including Kanye West, Rihanna and Beyonce Knowles. However, the company might have to shell out half-a-billion dollars for the deal, a report published on iDigitalTimes.com quoting Barrons said (read the full story here).

In an era of mammoth deals, such as the Microsoft-Linkedin tie-up or the Facebook-Whatsapp marriage, USD 500 million can be classified as ‘peanuts’, though when juxtaposed against the USD 56 million that Jay Z paid Aspiro, the founders of Tidal about a year ago, it looks like Apple is splurging. Of course, given that Apple paid a cheque of USD 3 Billion to acquire ‘Beats’ in 2014, the current valuation appears to be ‘peanuts’.

Currently, Apple Music offers a 3-month free trial to customers with individual plans starting from INR 120 a month and a shared family account costing INR 190 a month for up to six members. If Tidal comes on Board, Apple could see traction in the Indian subcontinent – a focus area for Tim Cook, post his recent visit.

Market analysts point to the obvious advantages that Apple would reap if the deal comes through. These include (a) rights to exclusive album releases as Spotify has stayed away from this game and (b) allows better remuneration to artists as defined by Jay Z when he bought the company from Aspiro.

Of course, the biggest advantage that Apple could perceive might be the non-tangible yet critical element of appearing to be artist-friendly, says a report published in TheVerge.com (read the full story here). 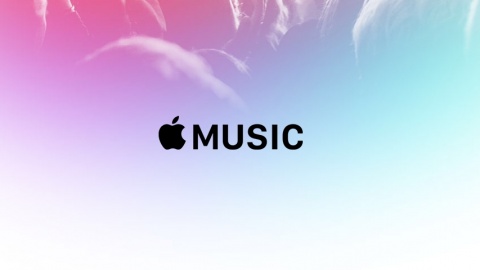 “After the dust settles, Apple could walk away with Trent Reznor, Dr. Dre, and Jay Z as executives, cementing themselves as the corporate friend of the artists, and paint Spotify — which offers a free tier that most artists hate  — as the enemy of the industry,” the article published in TheVerge.com says.

However, the article goes on to speculate on reasons the deal may not happen, chief amongst them being the delay in approval of Tidal app on the iTunes store as well as the lack of a clear commitment from Apple on promoting releases by artists signed up on Tidal.

There is a lot that both entities can gain out of the deal. The question is whether the positives outweigh the negatives in each case.