An expert comparison between two great apps to unleash your creativity. 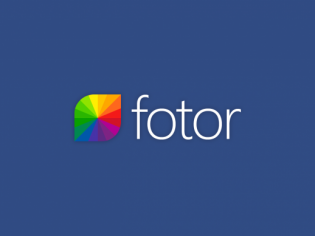 With so many online graphic designers and imaging platforms, how do you find the one which is perfect for you? In this review, we are going to check out two very different online graphics designers and imaging platforms, determining their strengths and weaknesses relative to the unique requirements of the internet savvy designer and personal user.

To begin, let’s look at the heavyweight of this comparative review, Canva. Considered by many to be the ‘designer’s choice’, Canva’s polished HTML5 based interface and large number of templates bring a new level of control to the average user. The addition to these templates, Canva also provides a huge number of example templates, which can be directly used making ‘designing from scratch’ completely unnecessary. Keep in mind, while these pre-set designs look great, they are not necessarily free - something we will cover later in the review. Like the pre-set templates, Canva also provides loads of unique overlays and customizable clip art. While not always aesthetically pleasing, these additions cover a wide range of themes, providing loads of designing options and styles. In short, creating fantastic looking social media covers and other designs is easy with Canva, so what does its rival, Fotor, bring to the table?

Beginning its journey as a simple photo editing suite and HDR emulator, Fotor has grown significantly since its 2012 launch. Now with an extensive design feature, an international photographic competition platform and comprehensive utility functions, Fotor’s strengths lie in its dynamic nature. From a design perspective, Fotor lacks the ability to directly format and print your creations - this can be overlooked however, by the extensive editing and customization options built into the platform. While Canva has refined the ‘designing experience’ by highlighting certain features and limiting options, at times, Fotor can seem daunting in its sheer number of editing options and content. With all of the ‘bells and whistles’ you would a photo editor to have, Fotor also has a few interesting features under its belt, including a world leading HDR algorithm. Combining these elements brings a great deal of power to the fingertips of the average user, making Fotor a powerful contender to the ‘graphic designer’ throne.

Perhaps one of the most important features of successful online designers and enhancers is a user-friendly UI and intuitive interface. While Cava’s polished HTML5 interfaces is for the most part very user-friendly and pleasing to the eye, it can be difficult to navigate. Hidden within Canva’s interface are huge amounts of tutorials, content and other functions, finding them can be a challenge, however. In contrast, Fotor provides a very simple, function orientated menu which can be accessed at any time. If that wasn’t convenient enough, Fotor also includes a ‘favourite’ feature, allowing you to place your most frequently used features and effects into an instantly accessible, customised menu. While it may not be as appealing as the sleek presentation of Canva, we never found ourselves lost when using Fotor, the advantage such convenience holds for professional designers cannot be understated.

In order to give you guys a fair understanding of the strengths and weaknesses of these two excellent platforms, we cannot ignore Fotor’s ‘Edit’ function, and it’s relationship with design and image enhancement. From what we understand, Fotor – up until recently – was a specialised utility website and app, offering functions and features equivalent to Adobe Photoshop – but free and on an online platform. After releasing is ‘Design’ feature, Fotor was able to streamline both functions in the same place, allowing the user to modify and enhance their photographs and images, before importing them directly into a design page. In this area, Fotor really stands out. The ease of use, coupled with the sheer number of Photoshop style editing features means that the average user really has a virtually unlimited amount of control, and a wealth of knowledge in free tutorials and blogs provided by the Fotor team.

When compared, Fotor and Canva both have clear strengths and weaknesses, particularly when it comes to their payment schemes. These days, ‘premium’ content is just another word for ‘not free’, and it is in this area that these two platforms differentiate the most. Canva operates in a ‘pay-as-you-go’ fashion, allowing you to purchase single overlays, designs and clip art directly from the editing page, while Fotor is has a single ‘premium’ plan with bulk, updated content. On top of this payment method, Cava also has a corporate payment solution known as ‘Canva for work. Costing roughly $120USD for a yearly subscription, this premium plan is designed for companies and groups who want to share their work and ideas. Fotor exclusive payment option ‘Fotor Pro’ is significantly cheaper at $39USD a year; it lacks an internal business communication platform, however. If you’re a social media aficionado who loves making great designs and covers, you’ll probably find Canva’s simple system the best. That fact that you are able to buy only the features you want has obvious benefits, but it’s the opinion of us at trivone that the ‘creatively oriented’ designers will prefer a more open plan. From a strictly financial perspective, Fotor is simply the most cost effective of the two platforms. Purchasing more than two pieces of content at Canva is roughly the same price as a monthly subscription to Fotor, which is something to keep in mind given the ‘premium content’ of the two platforms is so similar.

In contrast to Canva’s content driven payment scheme, Fotor has simplified the payment process by combining all content into a single option. As Fotor’s features are often updated, it makes sense to utilise this payment scheme, we found it better to Canva’s alternative, as we often didn’t know how useful some of the features were until we started using them. In short, if you’re completely new to online designers – Canva is a great option, but for professionals, it’s hard to look past Fotor’s myriad features.

As we wind up this review, one particularly important element must be discussed – mobility. As we all know, if it can’t be accessed from a smartphone, then it probably doesn’t exist! Indeed, statistics say that you are probably reading this very article from a mobile device. So what does Canva and Fotor offer in the realm of the mobile graphics designer and photographer? Canva states their position very directly, while limited support is offered for ipads and android tablets, the design platform is streamlined for a desktop, where visibility and scale are unfettered. Fotor, on the other hand, has updated Android and iOS versions for smartphones, synchronised and streamlined with their photographic editor, designer and enhancer. In this area, Fotor stands head and shoulders above Canva. On top of its app support, Fotor also has a ‘community’ function, allowing users to share photographs and designs, even creating their own personalised galleries.

Comparing these two great platforms is no easy task. Both have succeeded in creating a unique place for themselves in this rapidly changing digital world, both provide excellent services for increasingly demanding users and both can be seen as innovative in their own right. The dynamic designer, who wishes to modify every element of his graphic designs and advertisements with the greatest detail will find obvious advantages in using Fotor. Similarly, the social media aficionado who wants to produce great looking posts in a few minutes will prefer the streamlined finish of Canva. It’s the opinion of this humble editor, however, that the dynamic nature of Fotor will see it replacing Canva as the popular choice of graphic designing platforms, harnessing its diversified functions in producing a better final product.

Platforms comparison in a snapshot:

Marvin is a freelance tech writer from Cape Town, South Africa. He has been a writer for the entirety of his professional life, having had his work published in a number of local and international newspapers including the Times. Contact him at [email protected]