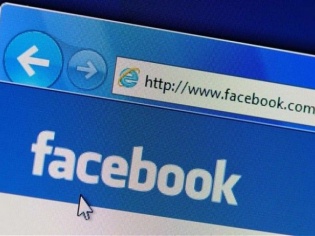 It had to happen sooner or later: Facebook reading your posts and other stuff. Not that this’ll generate any personal information for them, of course. But a recent post on Facebook Code explained their DeepText engine, which can understand text with “near-human accuracy.”

The post says: “DeepText is used... to get a better understanding of when someone might want to go somewhere. It (helps) realize that a person is not looking for a taxi when he or she says... ‘I just came out of the taxi’.”

Facebook explains that “High-accuracy... DeepText models (could) help people find the right tools for their purpose. For example, someone could write a post that says, ‘I would like to sell my old bike for $200, anyone interested?’ DeepText would be able to... prompt the seller to use existing tools that make these transactions easier through Facebook.”

But that kind of thing doesn’t cut it. Coming after such a mega-project — at least in terms of power, considering that the system can understand language — helping someone sell something is a bit of an anti-climax.

As DeepText evolves, a more meaningful use, the post explains, could be “automating the removal of objectionable content like spam,” and “Finding the most relevant comments in multiple languages” to bring them to the top of the list.

It’s already an advanced system, apparently; rather than being programmed on each word, DeepText has been learning languages at a conceptual level.

With all the conspiracy theories out there — like this one which asks, “Was Facebook founded by the CIA just to be a data collection tool?” — it’s easy to be a little worried about these bold new capabilities.

But you have nothing to hide... right?

In other news, eBay is going the AI way as well: CEO Devin Wenig recently said they’ve been working on “taking advantage of demographic data and sophisticated algorithms to offer more relevant products.”

“It’s all about customer relevance,” Wenig said. “When I go on eBay, I want to feel like it’s mine.”

While I’m sure Facebook has a good number of plans for its DeepText, eBay needing to do AI baffles us. What would the system recommend except things similar to what you’re buying — or bought?

Wait. I’m suddenly sensing something smarter there. They want to put ideas in your head — and maybe the AI will tell them what ideas you’ll buy. Literally.