Despite having powerful specs, HTC 10 unlike its other premium rivals, like Samsung's Galaxy S7, doesn't offer waterproofing capabilities. Here’s why. 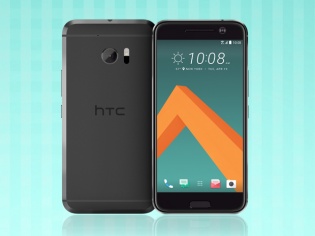 ''HTC 10 sports a metal body which makes it difficult for us to integrate waterproofing abilities to the device, unlike other plastic casing smartphones like the Galaxy S7,'' said Darren Sng, VP for global product marketing at HTC.

The Galaxy S7 and S7 edge smartphones by Samsung can withstand water for up to 1 meter for 30 minutes as per company's claims. The South Korean electronics giant is also touting the feature in its retail outlets, submerging the devices in water filled cases.

HTC also claims that its working to bring in water resistant capabilities to its metal encased smartphones.

''We are working to make our metal body smartphones water resistant which at present comes as a big challenge,'' added Darren.

HTC 10 which was launched yesterday by the Taiwanese smartphone and tablet maker comes as the most premium smartphone offering of the company, priced at INR 52,990.

A quick hand-on review of the device certified its premium appearance as HTC, following suite from its previous flagships has utilized a full metal body design with a curved rear.

The phone is also equipped with powerful specs including a dual core 2.15 Ghz Kryo chip, coupled with 4GB of RAM and a 12MP camera capable of 4K video recording. On the display front, the device comes with a 5.2 inch QHD screen, offering an impressive resolution of 1440x2560 pixels with a pixel density of 546ppi, one among the highest in the segment.

The 12MP camera mounted at the rear of the device performed exceptionally well while capturing snapshots. What's also impressing is the camera's ability to furnish vibrant colors in a low light environment.

The company in a video also claimed that HTC 10 surpassed Apple's iPhone 6S and Galaxy S7 smartphones in 'drop tests', surviving 30 drops head on without noticeable scratches on the unit.