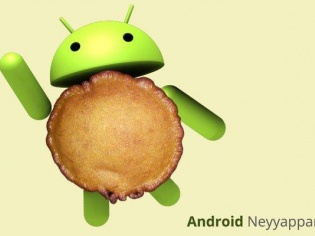 The popular saying about Malayalees is that, given a chance they would have a tea-stall in the moon! So it wouldn’t be surprising to have the next version of Android to be named after a sweet crispy delicacy from Kerala.

The frenzy started when it was announced at the recently concluded Google I/O that the name of the next version of Android would be crowd sourced. We hope that the company would keep up the tradition of naming the versions after confectioneries and N would be "Neyyappam".

Personally I do connect with Neyyappam, maybe because I am a Malayalee and I would be lying if I’d say that I am not excited! In an instant I began to have visions of writing about the Android Neyyappam updates and people discussing about “Neyyappam” and me boastfully enlightening them about the sweet appam. The last time I experienced a similar feeling was when A.R Rahman’s chartbuster “Jiya Jale” had Malayalam lyrics! (People still ask me what the lyrics mean!)

Despite the “Neyyappam” buzz gaining momentum all over social media, there are many who believe that “Neyyappam” lacks a global appeal and raise the issue of correct pronunciation. To be brutally and bluntly honest, if you can order for a bruschetta or a guacamole, then the humble ‘neyyappam’ is a piece of (pan)cake!!

In my quest to find about the general perception and opinion about the “Neyyappam” frenzy I came across some interesting responses.

“I think it’s a very cool idea”, said Shruthi Nambiar Head of Business Development at Blissjunkies. She added, “I feel a sense of pride when a simple Malayalee dish is all set to go global, and I really hope Android N is in fact Android Neyyappam”.

“It’s is a great idea although initially people may find it difficult to pronounce it the right way, but I am sure Neyyappam is bound to generate a lot of curiosity about the dish and its origins,” says Sarang Somaraj, UX Designer at Swiggy. Echoing the similar opinion, Mohammed Mayan, Area Vendor Manager at Swiggy adds, “It’s a fairly simple and unique name. A name like Nutella is universal but lacks a unique identity. If Google agrees to Neyyappam, not only will the popularity of the dish increase but will also help in boosting tourism”.

For a person who has never heard of “Neyyappam” in his life, Abhishek Ghose an advertising professional exclaimed that he is “very intrigued” and amused by the idea. He said, “I have not heard of the dish before but to know that an Indian dish is in line to be associated with a global brand does arouse a sense of pride and happiness”. 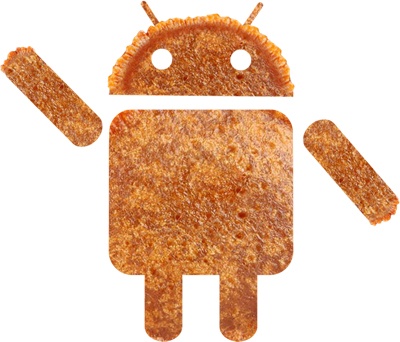 Spandhana Naidu a postgraduate student at the Madras School of Social Work strongly roots for “Neyyappam”. “As a child I knew jelly beans and marshmallows as priced foreign treats, and is refreshing to have the name of an Indian dish associated with Android. I am sure people all over the world will embrace neyyappam and that it will make a statement!”. Bharadwaj G. M a media professional says, “It’s a proud feeling to have something from the south of India to be recognized and this is a good platform for cultural branding”.

Arjun Narayan, a student at the Jindal University and Sachin Soni a Business Development Executive at Simplotel agree that despite what Google chooses to name the next version, the operating system should meet up to consumer expectations and should be loaded with new features.

We could say all that we want to, come June 9th when the voting closes at 12:29pm IST, the world will wait with bated breath to know what Google will christen the next version of Android.

Seriously, the world has had enough of garam masala and chicken tikka, it’s time for “Neyyappam”.