...And I hope it’ll be at least as good as Google. 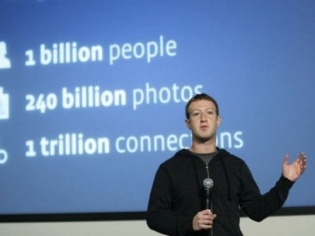 “Artificial intelligence already impacts every industry, powering search, social media, and smartphones and tracking personal health and finances,” says the website of EmTech Digital. At EmTech Digital’s annual conference, Alan Packer — Facebook’s director of engineering for language technology — stated yesterday that Facebook had moved from Bing for its translation service, and now uses its own translation engine. (FB rolled out their translation feature with MS / Bing translate a few years ago.)

And there’s good reason for the move: As Packer explained, Bing “didn’t do well on slang, idioms, and metaphors. We really needed to train on our own data.” And there’s a lot of slang and idioms on Facebook. Bing’s translate service was built to be — and is — a “regular” website translator.

It comes as news to me that FB actually comes up with two billion text translations a day — and that almost half of FB users see translations each month.

It’s natural for a company that wants to make the world more connected to ramp up on translation — which, outside of FB, seems to lack that critical feature:
Understanding what’s being said, the context and tone, idioms, and informal language.

And there’s more that Facebook can do with translation: As in a scenario Packer mentioned, if Facebook can understand that a post is asking for hotel recommendations in a city, it could push that out to friends who recently visited the city, look up posts and recommend who’d answer your question best, and so forth. And TechCrunch reports an interesting feature: “When Facebook is confident its translation is perfect, it will automatically show the translation by default with an option to ‘See Original’, and only shows the opt-in ‘See Translation’ button when it thinks it might have errors.”

So after this bit of news, I translated some stuff on FB for the first time. It’s terrible. I hope it’s the old Bing and not the new FB’s-own-translate. For something in German that Google Translate says “The film by German director Maren Ade makes a stir in Cannes,” the Translate button on the FB post says “The movie of the German Film Director Maren Ade cares in Cannes for stir.” Ach, Google, Google, we love you!