Home » Features » How Expensive Is An iPhone In India, Really?

How Expensive Is An iPhone In India, Really? | TechTree.com

How Expensive Is An iPhone In India, Really?

Tim Cook says some really candid things about this 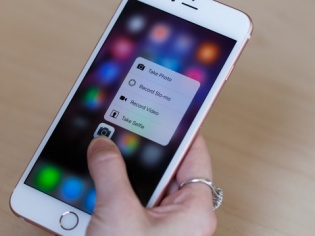 Deutsche Bank recently published a report that said India is among the countries where the iPhone is most expensive. “Don’t lose your phone while away in Brazil, India, Sweden, Denmark or Italy” strategist Jim Reid recently said.

It so happens that Tim Cook, in an interview with NDTV, recognised and mentioned the fact: iPhones are too expensive in India.

NDTV’s Vikram Chandra waxed eloquent: “You’ve got an iPhone here which is more expensive than it is in the US, with less functionality than it would have in the US, and in a country where purchasing power is a fraction of what it is in the US” — to which Cook replied, “Our profitability is less in India, it’s materially less — but still I recognize that prices are high,” and that “I want the consumer in India to be able to buy at a price that looks like the US price.”

But you’ve got to look at the price not in terms of converted dollars, but in terms of PPP. Just in case you’re not clear on what PPP (purchasing power parity) is, here’s a simple way of looking at it: “Purchasing power parity conversion factor is the number of units of a country’s currency required to buy the same amount of goods and services in the domestic market as a U.S. dollar would buy in the United States.” If you look at the World Bank’s table for this, you’ll see that the equivalent of 30 cents in India buys you, overall, what a dollar fetches you in the US.

So when Tim Cook says “I want the consumer in India to be able to buy at a price that looks like the US price,” that’s not happening anytime soon. He’d have to reduce that INR 58,000 to about INR 15,000.

Luckily, Cook also admitted what we wanted to really hear: “I don’t believe personally in trying to be something you’re not. We are what we are. We’re a California company.”