More reliable and cheaper than RAM; cost closer to flash 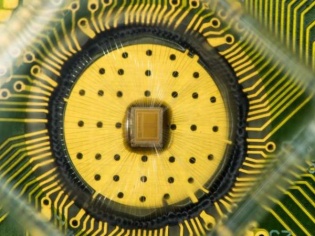 Writing to and reading from PCM is similar to how it's done on Blu-ray discs. It is non-volatile, meaning you don't need to keep it powered on for the data to be available. It can withstand thousands of times more rewrite cycles compared to flash.

The problems have been capacity and cost, because PCM could store only 1 bit per cell. This discovery — which allows 3 bits to be stored in each cell — will bring the cost of PCM to less than that of DRAM and closer to that of flash.

The applications range across pretty much anywhere memory is used — computers, smartphones, data centres. “For example, a mobile phone's operating system could be stored in PCM, enabling the phone to launch in a few seconds,” IBM wrote in a press release. “In the enterprise space, entire databases could be stored in PCM for blazing fast query processing...”

“Phase change memory is the first instantiation of a universal memory with properties of both DRAM and flash, thus answering one of the grand challenges of our industry,” said Dr Haris Pozidis, manager of non-volatile memory research at IBM Research - Zurich.