Home » Features » Google Places the Shopping Button Next to Images

Google Places the Shopping Button Next to Images | TechTree.com

Google Places the Shopping Button Next to Images

...And it does seems to be about Amazon. 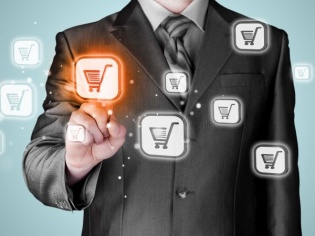 Google did something a little sneaky yesterday: They’ve added Shopping links to Image Search. When US users of Google (and probably users in some other countries) now look for “laptop” on Images, they’ll see a neat Shopping tab right next to “Images.” Google says this is about facilitating on-the-spot purchases — but as Jon Fingas of Engadget says, “there's no denying that this is partly about snubbing Amazon.” In our opinion, that seems a rather large part of the reason.

We don’t think that’s evil, though. After all, it does make life a little easier for high-volume online shoppers, right?

But there are slightly evil things they’re doing, including the following: About a week ago, Nate Hoffelder of The Digital Reader reported that Google had penalised sites for violating an AdSense rule: “Please don't place content ads on interstitial pages, game interfaces, or sites with streaming videos.” [Interstitials are the pages that load before the content, and have a “close” button or a cross that you usually can’t find.]

And now, Google has gone ahead and launched an interstitial ad unit for mobile sites. Hoffelder observes: “Google has ignored its own instructions, proving once and for all that even in a company which used to have the motto ‘Don't be evil’, money is still ultimately the boss.”