The Evolution Of F1 Video Games

Here's a quick journey from early 80's to the current virtual reality and 3D era. 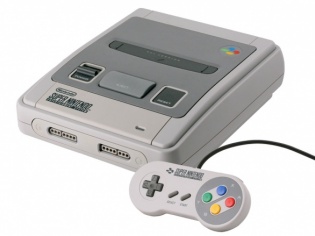 When you insert a modern day F1 video game into your console in front of a massive 50-inch flat screen TV, it's easy to forget how much blood, sweat and tears have been put into the development of F1 video games over the last 35 years to get to this point. A point where we look at our screen and see exactly the same thing as we do when we switch over to watch the F1 live.

We forget that, at one time, F1 video games were simply a static block moving from side to side to miss other blocks. We forget that in order to play, you had to install the games, which could take all day to complete and we forget that we had to play as fake drivers, driving in fake cars on fake tracks.

But just how did we get from there to where we are now, playing as Lewis Hamilton in his actual Mercedes-Benz, fighting for pole position against Sebastian Vettel in his Ferrari, around the final corner in Monte Carlo? Take a look at this "Evolution Of F1 Video Games" to find out!