Use your mouse, move the screen all around, enter an area, move in it 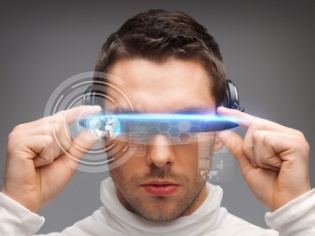 VR (virtual reality) has been a dream since 1997. But today I actually saw it in the non-geek world. On the BBC site.

A tiny history lesson is in order: VRML (Virtual Reality Markup Language) failed. It was a — loosely speaking, system — where you could code devastatingly realistic scenes: Use your mouse, move the screen all around, enter an area, move in it.

I can’t understand why it died out. Few people know of VRML today. For the technically minded, it was (is) a format for interactive vector graphics.

But in the past couple of weeks or so, it seems all the rage, to use a clichéd phrase. Whether it’s about wearable devices or the video experience.

What I saw was this video on the BBC — “Step inside the Large Hadron Collider.” This almost recreates the experiences we created with VRML. As the site says: “360 video means that you can look in any direction inside the video. Once you have pressed play, use your mouse to move up, down or sideways.”

You have to see it, because it’s hard to describe! The video plays, and you grab it with your mouse (or any pointing device) — and you get any angle you want. It’s like being able to move your eyes to any point in the room. Plus, you don’t need too much of bandwidth either.

It’s so impressive, I’m optimistic in the idea that something good doesn’t die.