We help you choose a great smartphone that doesn't cost a bomb. 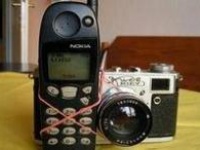 Last month, we listed out the top five phones under Rs 10,000. Now, for the folks with relatively deeper pockets, here are a few more suggestions. In this category, you can easily get the OS of your choice. Coming to the features, make sure that the phone you pick has GPS, Wi-Fi, and at least a 5 MP camera. Having said that, don't buy a handset only for its impressive specs sheet. At the end of the day, these numbers mean nothing if the device fails to perform under real-world conditions. This handset offers the best smartphone experience that you can have for 15 grand. The OMNIA W is based on the Windows Phone OS, which easily makes the Android platform look dated. Additionally, its smooth UI is something that you can't expect from the competing operating systems at this price point. The phone has a snappy 1.4 GHz CPU and a decent 5 mp camera. The icing on the cake is the impressive 3.7" Super AMOLED screen. If you're willing to try something new, the OMNIA W is the way to go. The E6 sports a sleek design and a superb QWERTY keypad, which makes it a textbook texter. Surprisingly, the phone is also capable of 720p video playback, along with sound quality that can compete with any of the similarly priced music-centric mobile phones. GPS with free voice-guided satellite navigation and an 8 mp fixed-focus camera add extra value to this gadget. With the recent Nokia Belle update, its touch-and-type UI has become even better. An excellent 4" AMOLED screen and 720p video playback capability gives it an edge in this category. The handset's sound quality is also very good. Additionally, its 1 GHz CPU, 16 GB of onboard storage, and a 5 mp camera won't disappoint you either. The device is easily available in brick and mortar shops for a little over 19k, and considering its stellar multimedia performance, it's totally worth it. This is the phone that actually took off a chunk of sales from point-and-shoot cameras. Carl Zeiss optics, Xenon flash, and a 12 mp camera sensor ensure that no other phone comes close to this device's imaging performance, except for the upcoming Nokia 808 PureView. An HDMI port, aluminium casing, and a great battery life distinguishes it from the other devices. Moreover, after the Nokia Belle update and a recent price cut, it's a steal. Google announced the Android 4.0 last year. However ICS-based phones were still nowhere to be found in India, except for the half-baked custom ROMs that come with a flurry of connectivity woes. Thankfully, HTC's One V brings the ICS OS to the table at an affordable price. The handset's 1 GHz CPU handles the latest version of Android pretty smoothly. It comes with a crisp 3.7" screen with pixel dimensions of 800x480. Overall, priced just over 18 grand, this handset is a great deal for Android enthusiasts.

If you compare these phones to the likes of the iPhone, then I don't think that the 20k price tag is too much. For example: iPhone 4S 32 GB costs Rs 51,000 in India. Additionally, if you want an inexpensive phone you can refer to our Top Five Phones Under 10,000 article. I don't want to defend the manufacturers, but making a device involves a lot more than just the components and labour. Companies spend a lot in research & development and advertising.
Submitted by Chandrakant 'CK' Isi on Fri, 20/04/2012 - 17:21

I'd choose the One V because I can't stand neo V's design. Having said that if a front facing camera is important to you, there aren't many options. Btw, you should check out the Samsung OMNIA W, it's affordable and features a front camera too. Additionally, its 3.7" AMOLED screen is far better than what neo V and One V has to offer.
Submitted by Chandrakant 'CK' Isi on Fri, 20/04/2012 - 23:00
News Corner