What’s more? It isn’t even as smart as it is made out by some manufacturers When Samsung introduced its Galaxy S6 as the smartest of smartphones as it could charge without a charger, the world woke up and took notice. In fact, the Korean giant even cocked a snook at rival Apple by showing the iPhone’s inability to charge without a wire.

The television commercial made all those folk who bought phones with chargers look downright stupid, often getting stuck on the wrong side of the bed or walking around with coils of cable to charge their phone. Samsung even openly took a potshot at Apple in their commercial shown in the United States.

So, what exactly is this wireless charging all about? We took some time to to hark back at our physics text books (like the 3 Idiots experiment with electricity and urine) and here is what we found…

How does it work?

Which devices use it?

As on date, we counted as many as 33 smartphone models that work with wireless charging devices. In case you want to know more, read the list right below:

How can you manually add it to your phone?

As stated above there are a few wireless charging technologies made by different manufacturers that all rely on the same physical concept but they are not cross-compatible, you cannot mix coils and docks.

Therefore, all you need to do buy the relevant product from some online shop and connect it to your device. Here is how you do it…

The steps stated below are for a Qi Wireless Charger 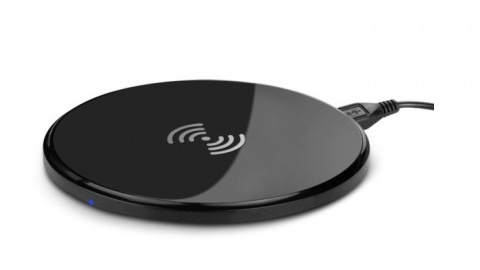 So why do not all phones have this?

I am sure you are wondering “If it was this easy, why haven’t more device manufacturers incorporated wireless charging?” Here is why several manufacturers of smartphones think twice before using the technology: