Home » Features » The GPS Mystery: Reality Behind The Virtual

The GPS Mystery: Reality Behind The Virtual | TechTree.com

The GPS Mystery: Reality Behind The Virtual

GPS technology makes the world seem virtual. Instead of seeing the world as it is, you see a map. 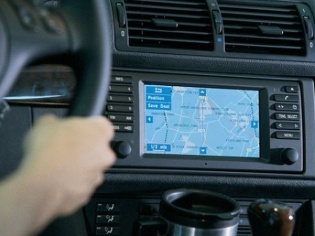 Google's Location History feature follows every move you make. As Google says on its Timeline page: “Your location is reported by your mobile device and only you can see it.”
I hope only I can see it.

Well, who cares if some remote servers in California know where you’ve been? After all, this is for advertising, right? And perhaps for locating your phone if it's lost? (And for nabbing you if you do bad things?)

You should care, because we think of GPS as a useful means of locating objects, people, and ourselves. But they don't think of it that way. For them, it's about tracking you. And in my book, that’s not a nice thing to do. Pervasive GPS is a brutal assault on our privacy, whether we care or not.

But it’s not even about dependence (or close-to-death experiences). GPS technology makes the world seem virtual. Instead of looking at the streets about you, you look at a screen (and hope you don’t bump into something); instead of seeing the world as it is, you see a map.

It’s a spiritual concept: “Maya is the illusion... of confusing the map with the territory.”

On the plus side, it helps my friend locate me when I don’t have his address and I reach the wrong place. It’s not all Maya, and it’s not all evil.

But then they know where my friend has been on the evening of the 29th of February.