Democratisation of discovering and enabling talent with exclusive video challenges. 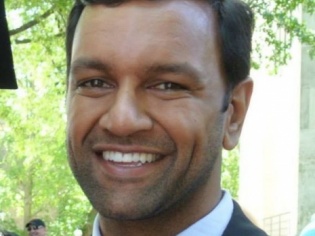 Every second person in this world nurtures a secret dream of being an actor and a few pursue their dream with no luck and then there are the lucky ones like Johnny Depp who accidentally became an actor when he accompanied a friend to an audition. (we’re glad he did!)

Now that’s the thing of the past! Indi.com, is a video social network that allows artists, celebrities, NGOs, retailers and pretty much everyone to interact and build a brand of their own.

Excerpts from an interaction with Mr. Divyansh Baipai, Co-founder of Indi.com, India.

Indi.com is helmed by some of the most renowned names in the e-commerce industry. How did the idea of Indi.com come about to engage the likes of Neel Grover, Greg Giraudi and the other biz wizards?

Neel and Greg are actually two of the founding members of Indi.com. Their experiences from leading multiple marquee e-commerce brands such as Buy.com, Rakuten.com, and Bluefly.com gave them extremely valuable and unique insights into the e-commerce sphere and what it takes to be successful. It seemed like a natural idea to parlay those experiences and insights into a new venture, Indi.com, as an answer to some of the problems in the digital space for which there were currently no other solutions.

Shows like America’s Got Talent and associations with Hollywood A-listers have gained Indi a loyal fan base. Was it difficult to convince directors and agents that discovering talent online was the coolest thing to do?

It has been a process to get directors and casting agents to see the benefits. Casting directors and agents are now seeing Indi as a natural progression in the evolution and democratisation of discovering and enabling talent. Now that we have had marquee shows like America’s Got Talent and major associations with A-Listers, celebrities are keen to utilise Indi to broaden their reach and promote their current projects. Furthermore, given the experience in retail and e-commerce for the past 15 years that Neel and Greg bring, brands and retailers view us as a powerful tool which will allow them to connect and engage more effectively with their customer bases. Because we’re offering a solution with very little downside risk, and massive potential to capitalise on the growing trend of mobile video consumption, reactions have been universally positive.

What were the challenges faced by Indi.com to make its presence felt in the video sharing domain with the existence of already popular sites like Youtube, Dailymotion, Ustream etc in providing wholesome entertainment?

The biggest challenge is fighting the popular belief that the digital video ecosystem is saturated and that there is no space for innovation. We believe we are addressing a segment of the digital video and user generated content spheres that are currently being under-served. The tendency to use recent history as the sole indicator towards future growth disregards the rapid pace of progress being made in upgrades to network infrastructure, smartphone uptake, and a new generation of users coming online who are yearning to connect with the wider world and will be doing so largely through video.

Indi Buzz uses a unique algorithm to calculate the number of likes and shares of videos on Facebook and Twitter to determining the winners. Why has other social interactive media influence replaced the traditional voting system? How does this ensure a fair system in judging the winners?

Indi Buzz is an extremely important element of our platform and it serves multiple purposes. Indi Buzz is the most accurate measurement of engagement. Rather than just simple votes or views, Indi Buzz focuses on rewarding the most engaging video which consists of multiple factors, including how many times a video is viewed on Indi as well as throughout social media.

From a user’s perspective, the proposition is simple; the more times your video is shared, and re-shared (which would naturally lead to an increase in views), the higher your chance is of winning a challenge and receiving a gratification. In essence, we are rewarding our content creators for increasing the virality potential of their videos. This helps them gain exposure and gives their videos the highest possible chance of being discovered and actually “going viral” if they’ve created something with mass appeal. This system is automated and leaves no room for ambiguity. With that being said, ultimate subjective control is given to the channel owner who will always reserve the right to select a “Judges Pick” as the ultimate winner. In this way, both the channel owner and the participants can have their interests fulfilled in a fair and equitable manner.

From a channel owner’s perspective, this becomes a powerful tool to achieve organic reach which is otherwise difficult and expensive to attain. Channel owners are rewarding participants for generating and spreading messages about their brand or initiative, which would be positive by nature since generally a gratuity is being offered, directly into their audience’s personal social media streams. It would be almost impossible to otherwise achieve this type of reach by simply maintaining a social media presence or even spending significant sums of money on social media advertising.

Indi.com has been preferred by casting directors and agents from Hollywood in spotting new talents online. How has Indi.com affected the entertainment business for both agents and artists?

Indi is a platform that helps democratise talent discovery of all kinds, irrespective of educational pedigree and socio-economic status. Every person should have the chance to be discovered, showcase their talents, and be rewarded for their skills. Whether that be in Hollywood, Bollywood, or anywhere else around the world. Indi is an empowering platform to facilitate those ideals and by doing so we are expanding the pool of talent from which the entertainment industry can source the next generation of stars!

Indi.com is an easy ticket to fame for aspiring artists. Will Indi.com open challenges exclusively with regards to Bollywood and Indian cinema, which is a mammoth industry?

What we are doing is giving an equal opportunity to anyone who is willing to work hard, chase their dreams, and fight to show the world what they are capable of. Every artist who has “made it” can tell you a story of the monumental struggle they went through to arrive. With Indi, all you need is a camera (whether it be on a smartphone or otherwise), an internet connection, and talent!

That being said, although Bollywood and Indian cinema will certainly play a significant role in our success, we feel Indi will be effectively utilized for many other industries and skill sets and we do not intend to limit its use.

With a large number challenges being posted on the site and artists from all over posting their videos, how does the screening of entries for quality content take place?

Generally, channel owners will be engaging their social media teams to ensure relevant and appropriate content. In some cases, teams may be put in place where specialised or technical knowledge would be required to select the best entries.

Indi is now being hailed as the biggest platform for online talent hunt. Would Indi venture into online talent and artist management in the future?

We are concentrating all of our efforts on creating Indi as a free global video platform where individuals and brands create and monetize original content and engage their fans and customers in a positive and safe environment, all while integrating deeply into social media. "We will continue to be the platform for, and partner with, all current and prospective companies and TV shows that are looking for talent.”

Everyone wishes to enter into the world of entertainment and make a mark for themselves in Tinsel town. Is Indi capable of providing artists with the kind of exposure that is offered by the talent agencies just by hosting challenges?

Indi does not intend to replace talent agencies; in fact, we will be collaborating with many talent agencies to allow them to seek out potential talent to sign. Additionally, with our high profile founders and advisors and their direct access to senior management at many Fortune 500 companies, top media brands, celebrities, and globally renowned investors, there will be no shortage of opportunities on Indi!

Rapper Seuss, Indi artist Pip are among those who struck gold thanks to Indi. Would Indi venture into production to better the chances for artists?

Currently, we are solely focused on our mission of creating the pre-eminent global video platform that allows individuals and brands to create and monetize original content and engage their fans and customers in a positive and safe environment, all while integrating deeply into social media. We have created a powerful digital marketing and content generation platform which we intend to use to change the digital ecosystem in the years to come.