Home » Features » YuppTv: The Beacon of Entertainment for Indian Expats

YuppTv: The Beacon of Entertainment for Indian Expats | TechTree.com

YuppTv: The Beacon of Entertainment for Indian Expats 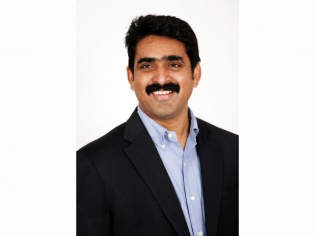 At a time when Indians swamped overseas with a dream of making big bucks, little did we know that we would be missing a lot more than just some spicy Indian food.

The Indian community abroad sorely missed their “home” entertainment. Barring the occasional release of a few Bollywood films, regional movies and even news channels were extremely difficult to come by.

Uday Reddy, an electronics and communications engineer who worked with telecom giants like Siemens and Nortel traveled across 50 countries and realised the dearth of Indian entertainment options and longed to find a way to stay connected with his roots. This was when he quit his job at Nortel and established YuppTv in 2006.

YuppTv is now the largest OTT (Over-The-Top) provider for Asian content with over 200 plus channels in 13 languages. YuppTv recently launched its own on-demand movie streaming service - YuppFlix with over 5000 movies in 12 languages.

Excerpts from an interaction with Mr Uday Reddy, Founder and CEO of YuppTV.

From launching YuppTv with just two channels in the year 2006 to the exclusive streaming of Asia T20 Cup 2016, how has YuppTv been able to register such a phenomenal growth over the past decade?

The key challenge faced during the initial days was the lack of infrastructure to support OTT solutions. With Smart TVs beginning to rule the roost in the year 2010, things began to change for the better and slowly but steadily the options kept on increasing.

Data plans were limited and costly, which demotivated users from trying internet based video services. Even today, in developing countries like India, this limitation still persists.

We at YuppTV focus on a consumer centric approach for our product and believe in giving a simplified and user-friendly experience to our customers. It is 10 years of continuous hard work and innovation that enabled us to provide our users with more than 200 TV channels via 22 devices to watch their favorite TV shows anytime, anywhere. Our app is available on all Smart TVs, Smart Blu-Ray players, streaming media players, gaming consoles, smart phones and tablets.

What were the challenges in identifying the diversity of the Indian community and their entertainment preferences in order to build a sizeable catalogue of 200 channels?

India is a country of multiple languages. When we considered the expat communities, we measured and focused on those communities with the largest population overseas. Initially it was tough to get channels from various languages as content costs are extremely high but at the same time we could not avoid those channels. It took a long time to add 200 TV channels and curate a vast movie catalogue.

We targeted all the important channels in every language and also kept adding on the ‘not so’ popular channels because we wanted to give our customers as many options as possible.

YuppFlix is the latest venture from YuppTv that provides on-demand movie streaming services in 12 languages with over 5000+ plus movies. What are the key features to look out for in YuppFlix?

Key features in YuppFlix are, wide variety catalogue in all genres, movies with 1080P Quality and 5.1 Surround sound and watch in many TV Devices likes Apple TV, Samsung, LG and Sony etc.

People are being more tech savvy each day. How does it affect your business and what are your key challenges in providing quality content to your subscribers?

It is a good sign for us, as more people are being aware of the convenience an OTT service like YuppTV can provide. This will help OTT technology transcend to main stream with time.

The biggest challenge in providing quality content is the availability of quality VOD content. Most of the premium VOD content lies with the broadcasters and is not available on all digital platforms.

OTT content services allowed broadcasters to concentrate on content creation. Star network launched Hotstar and Viacom has recently launched Voot, with other prominent broadcasters to follow suit. Does this mean OTT services will phase out with time?

OTT as a technology is the future of video entertainment, whether it is by aggregators like YuppTV or directly by content creators. We believe, it is difficult for users to have a separate platform for each of the content from different content providers and over a long run, aggregators will prove to be a better option.

We have already launched content from Bangladesh and Sri Lanka along with few channels from Pakistan. We will keep adding more content.

Yes, we are working on producing an original series as well and we should be able to launch it soon.

Connected TVs, STBs (set top boxes), PCs, Smartphones, Tablets and Social Networking Sites have all been crucial to OTT services. As an engineer what do you see as the next big revolution in OTT services.

In Indian market, OTT services have barely touch the potential in Smart TVs and STBs. The next big revolution in OTT services will be online video viewership on connected TVs. In the global market, YuppTV has already made its app available on more than 25 different connected TVs and STBs, allowing us to reach to about 400 million households globally. In India, YuppTV app is pre-installed in most of the Smart TVs from Samsung, LG and Sony.