After the monster iPad Pro, Apple gives us a smaller one, which looks confusingly like an iPad Air. Which to buy? 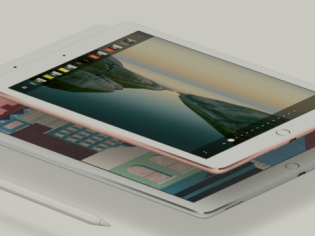 When Steve Jobs launched the iPad in 2010, it kicked off a whole new product category. At the same time, it changed the stakes for laptops and desktops leaving them more or less behind in a not-mobile world. And then, smartphones also decided that they could do what a tablet does -- so they became larger. Pretty soon consumers had their choice of screens in all sizes.

But then tablet sales started to slow down. In India, it's the very cheap tablets, led by cousins of the super-cheap Aakash tablet (Datawind’s UbiSlate) that are adding to the numbers. For the past two years, iPad sales too have slowed down. And so Apple decided it was time to launch the iPad Pro, a hybrid tablet, if you like, that seems to take its cue from Microsoft's Surface Pro and is what Apple thinks both tablet and notebook users need, going into the future.

The iPad Pro, a 12.3-inch giant of a tablet, surprised many with its sheer size. It was as big as a laptop and yet could behave like a tablet -- but add the keyboard and it became like a notebook.

Anyone wanting to buy any of these -- laptops, hybrids, tablets -- can't be blamed for getting confused. To add to that, Apple has now launched a smaller (9.7-inch) iPad Pro. A smaller notebook-tablet.

I think it's perfectly in order to look at the broad (not spec by spec) differences between these products and categories.

Of all the comparisons one needs to do here, this is probably the easiest. The bigger iPad Pro is not as easy to carry as a tablet, but it's easier than a laptop. It may not sound it but 12.3 inches is a lot of tablet. When you turn it to portrait orientation, that's even more so.

I would argue that the larger iPad Pro really is a landscape device and best when set down somewhere--including on your lap where it sits steady. It immediately becomes very awkward and heavy when held up in portrait mode.

In landscape mode, the bigger iPad Pro is a delight for artists, designers and project planners, people who use spreadsheets and make presentations or use split-screen multitasking. When teamed up with the Pencil, Apple's fantastic stylus, it's a dream to use for anyone who needs lots of screen space.

The keyboard that works with the 12.3-inch iPad Pro is much more suited to full-fledged work. I type on it at top speed, though it does give me occasional glitches.

The smaller iPad Pro will be comfortable enough in portrait mode and great for reading and browsing but in landscape will be like a smaller netbook. The Pencil works with it too, but they keyboard is obviously smaller to match. I see the bigger iPad Pro as being better for those who work a lot and don't travel around too much and the smaller iPad Pro as being better for those who are very mobile and work in short bursts, reading and consuming content the rest of the time.

Obviously there are price and spec differences but choose based on your own likely usage style.

And do consider the other iPads, especially the Air. As well as other tablets. But that is another story.

Up next: iPad Pro vs others—including other iPads