Home » Features » Galaxy S7: Should You Upgrade from S6?

Galaxy S7: Should You Upgrade from S6?

There’s competition from other brands on many features, but the S7's overall package is unbeatable If you own Samsung's Galaxy S6 or S6 Edge and are thinking of upgrading, let me help you with the decision.

Let's say you have lots of disposable cash and are a habitual upgrader... then why think twice -- go right on ahead. Also do tell me where you live.

If you're getting some fantastic buy-back deal, again, why think twice? And please tell me where the seller lives.

But if you're sitting on the fence, let's look some facts in the eye.

The Galaxy S7 and S7 Edge are beautiful devices. Everyone is saying they're currently the best-designed phones in the world. But the S6 and S6 Edge are nearly there as well.

Ever since Samsung went all metal and glass with their flagships, there have been few complaints. The shades of metal are subtle and elegant. Pick any from of these four and I'd say they're among the nicest for women, too. They look elegant and more than once people have referred to them as 'jewelry'.

In the new S7s, the in-hand feel has been improved in some subtle ways. The camera has been recessed so it doesn't de-balance the device or get damaged. The grip is somehow much firmer and safer, particularly on the Edge, which earlier was way too slippery for comfort. Though one may still need to protect it with a case, at least you have the option of carrying it without that sometimes. Like hand-candy.

But is any of this alone enough to recommend an upgrade from the S6? I think not.

From a lower Samsung or other model, an upgrade is definitely warranted.

Wait though, the new S7s are waterproof. And very waterproof. You can dip them into a bowl of water and they can stay there for a good half hour and still work. In fact they don't stop working when submerged.

This IP68 ‘weatherproofing’ certification is a huge deal to many, but think whether you're one of them. Do you habitually spill beer on your phone? Or weirdly, take it into the shower? When it rains, do you absolutely have to use it just then? I know I use my phone all day and haven't really found myself crying that it wasn't waterproof, but hey, you know yourself best and can see if this is a deal breaker for you.

If you're looking to switch from the Galaxy line though, Sony's Xperia Z5 is also IP68 waterproof -- in fact, they started the trend. This one would mean a step down in some specs such as screen resolution, but yes, it would be a different experience at about the same price.

The S7s have a new Exynos processor and more RAM. But do you really need it? Currently, when people are saying it's the best time to buy the S6s, would you really want the next generation? With or without the extra power, the device is probably going to lag sometime because Samsung's TouchWhiz interface is prone to lag and slowing down.

Unless they change something dramatically in software, the extra power is not going to be a killer reason for someone to upgrade from the S6s. Unless you're a gamer. The gaming experience has been enhanced and nuanced with more options and the power to use them.

If you prebook an S7 device immediately, you will get a Gear VR headset free. Now that is a big deal. The experience with virtual reality is awesome and though there isn't a ton you can do with it right now, new content is going to shoot up in availability.

So I would argue that the free headset is certainly a big lure, but if you don't see yourself even trying it out, drop the idea. Also drop it if you have vertigo. The VR experience is beginning to arrive on other devices such as the HTC Vive headset, but it's wildly expensive. Those interested could just opt for Google Cardboard for now.

The S7 Edge has a little extra going on, on the edge now. You slide out a tab and a panel slips out and can be populated with all sorts of stuff such as your most-used apps, the weather, Yahoo news, tasks, contacts, etc. It's very attractive and handy, but not hugely essential as you already have some of it already on the S6 Edge. So again, not a killer reason.

Samsung is offering, with the S7 devices, a bouquet of services through its Galaxy Apps. A concierge service will take care of all sorts of things for you, from cab and flight booking to food ordering. Now, such concierge services are available to anyone and Samsung's are a tie-up with Haptik. But only owners of the S7 phones will get the special discounts offered and additionally lots of VIP treatment if you ever need to take your device to the service centre -- which you should hope not.

The S7s also have a memory card slot, are dual SIM, and have more battery power. These are all improvements that are desirable but not must-have.

What is in fact a big reason to upgrade from the S6 devices is the improved camera on the S7 devices. These see a drop in resolution to 12MP and a wider f1.7 aperture. The camera on the S6 is also really good but this is a few notches better, especially in low light. Tests are showing it beat the iPhone 6s Plus on most parameters making it the best camera phone around right now. For the first time, you could actually leave your high-end point and shoot at home now when you go on vacation. So, if you're a confirmed photography enthusiast the better camera could be a good reason to upgrade. 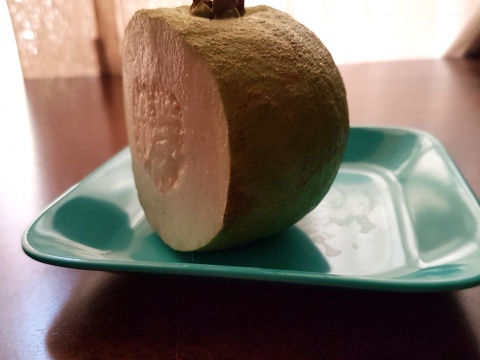 Difficult lighting, such as indoor low light, backlit-subject images, is where the Galaxy S7 and Edge excels

At the moment, the most viable alternative to the S7s would be the iPhone, which I see is Rs 54,000 on Amazon for the 64GB version. Although comparisons have put the S7s on top, the iPhone still takes fantastic photographs.

The LG G5, not yet launched in India, would also turn out to be an interesting alternative, but I’d still put the S7 duo ahead of it.