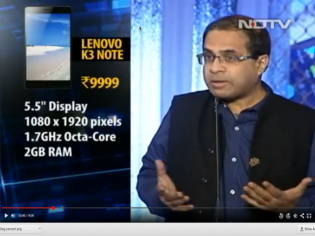 The Lenovo K3 Note topped a shootout and debate on NDTV among India’s top tech journos, hosted by NDTV’s Rajiv Makhni. Last Phone Standing, broadcast in the first week of January 2016, is one of the most popular tech programs on NDTV. (See Last Phone Standing video here.)

For the program, the NDTV Gadgets 360 team along with the jury shortlisted the top five phones under Rs 10k from virtually every candidate on the market, and each jury member then presented and defended one of the phones. The audience then voted on the phone, and the jury and gave it points for features, innovation, and other parameters.  Both were added up to the final score.

1. Lenovo K3 Note (397 points) topped. A good overall phone just under Rs 10k with a great 3,000 mAh battery, nice call and sound quality (with Dolby Atmos), and a usable 13MP/5MP camera pair with twin LED flash at the back. The K3 note was presented and defended by Prasanto K Roy of chief editor at Trivone, publishers of TechTree. 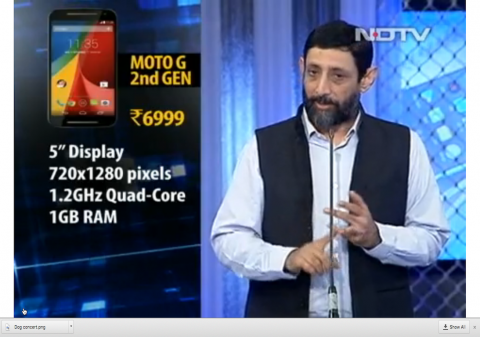 2. Moto G 2nd Gen (396 points) came in at second place: Perhaps a bit long in the tooth now, yet the second-gen Moto G is a terrific buy under Rs 7k. Yes, this is the older Moto G (its third generation, which is what TechTree would really recommend you buy, is nearly Rs 13k). This phone was defended by tech consultant Kishore Bhargava, who said it’s a phone that “simply works and goes on working”; he also likes that it’s “pure Android with no extra baggage.” 3. Coolpad Note 3 (387 points): Also with a 3,000 mAH battery, and, impressively, a fingerprint sensor under Rs 9k. The Coolpad was presented and defended by Nikhil Chawla (founder of The Unbiased Blog), who said this device is a ‘feature benchmark’ for budget phones, with a good build quality and UI. 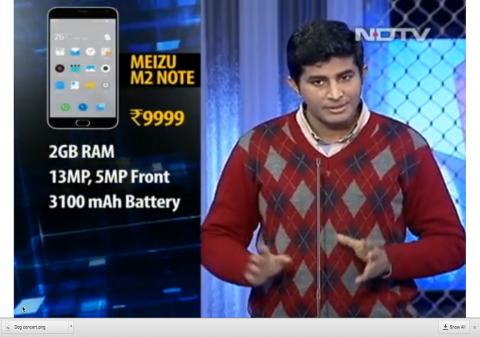 4. Meizu M2 Note (386 points): Another 5.5” phone (with a 3,100 mAh battery to match). Great features and specs. 64-bit hardware, nice polycarbonate-covered metal body. This was defended by Rahul Gupta of NDTV Gadgets 360, who agreed that Meizu was still unknown, and the company needed to figure out how to make a bigger splash. 5. Yu Yureka Plus (295 points): Another large phone, with a 5.5” display
and a 2500 mAh battery that’s “about adequate”. This one was defended by Businessworld’s technology editor Mala Bhargava, who was impressed with its simplicity, and its ruggedness, “a comfortable phone to use”.