The 2nd-gen model adds a very-wearable women's variant. But where are the swappable straps, Motorola? 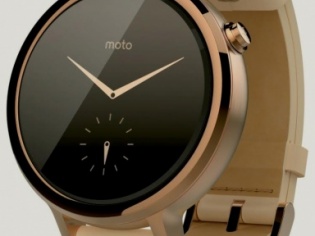 Okay, so someone’s in Motorola design’s remembered that women can wear smart watches too.

Motorola's Moto 360 watch grabbed my fancy from the start, in 2014. But it was still a new-new thing and Android Wear was unproven. I held off.

The 2nd Gen Moto 360 is just as cool-looking. Wait -- cooler because women can wear this one.

The men’s model has blacks and metallics (silver and gold). The women’s model ships only in rose gold, that being one popular colour for gadgets this year. And there's a beige leather strap in 42mm to go with it.

But you know what, it's still a large watch. A shade smaller might have helped but I guess that means squinting too closely at text on it.

Motorola hasn't gotten rid of the bitten-off part of the circle on the watch face and on a smaller watch it would have just been that much more difficult to live with.

I find the wireless charger that comes with the Moto 360 an absolute joy to use. It not only looks cool, it works like a charm. Just slip the watch into the groove meant for it and a little light goes on to indicate charging. It's not bright enough to interfere with your sleep either.

The watch charges in about two hours. The charge typically lasts me the day, leaving a quarter still to go, and this is on moderate usage with the screen on an always-on mode. Fiddle too much and you may run out of charge by the end of the day. Either way, the best time to charge the 360 will really be each night specially as you can't be carrying the wireless pod around.

A plus side to the watch being large, compared with all the fitness bands and all you see nowadays, is that everyone notices it, and that makes it a conversation starter. But where I really get stumped is when people ask me what it does. "What does it do? Well, it looks cool," is what I usually end up stammering.

An Android Wear watch like the Moto 360 does the usual fitness tracking - heart rate, steps, workout, calories - and gives me graphs and stats. So why pay Rs.20,000 for something that a cheap fitness band can do?

To tell you the truth, there isn't a strong reason. I like the convenience of looking at notifications on my watch, rejecting phone calls, seeing my step count, checking on the weather, etc. It isn't necessary, but it is an awesome amount of fun. 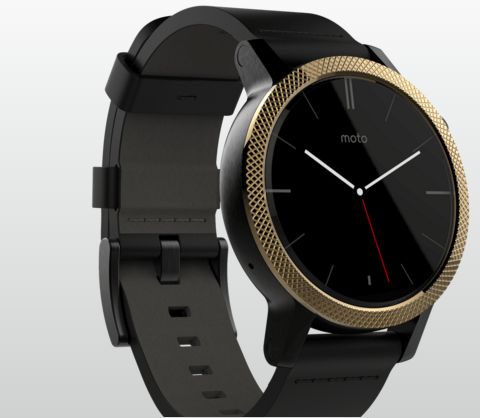 While the woman's variant is rose gold only, the Moto 360 men's models have size, color and style options

Though I have to say Motorola is short-changing Indian customers if it doesn't bring in the changeable straps and bezels, which are such a hit in America.

(The author is a corporate consultant who likes her gadgets almost more than her shoes. Write to her at [email protected])