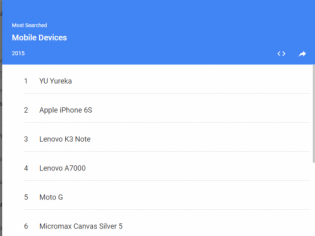 As 2015 comes to an end, Google has recently announced a list of top searches that have been trending through out the year on Google Search.

As per the list, the search giant has also revealed the mobile devices that have been searched most by users in the country.

Topping the list is the country's very own smartphone YU Yureka which is also Micromax subsidiary YU's first smartphone. Being launched in January 2015 and sporting a 5.5 inch IPS LCD capacitive touch screen, it looks like the smartphone has definitely been the talk of the town among the youth through out the year.

The latest and much expected smartphone Apple iPhone 6S has no been listed as the second most searched mobile device in India.

Well, no doubts that the smartphone would be searched a lot for all the great features that it equips. Also, the iPhone 6S, as we know, made a lot of news before and after the launch.

However, the iPhone 6S has topped the list globally while Samsung Galaxy S6 has been spotted as the second most search device.

But, in India, the device seems to be no where found in the lists revealed by the company. 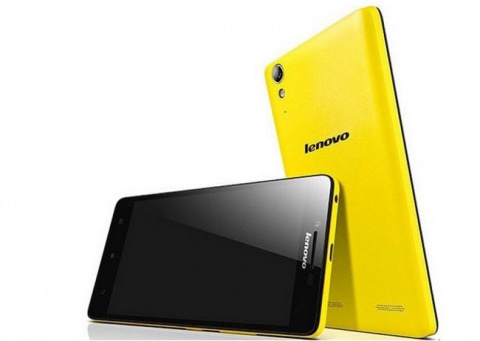 In the third and fourth position, Google has listed out Lenovo K3 Note and Lenovo A7000 which according to Flipkart's search data are the most trending devices on the e-commerce portal.

And, finally, in the fifth position comes the Moto G which was interestingly the most searched mobile device in 2014.