Home » Features » A OnePlus So Sexy It’s X-Rated, But…

A OnePlus So Sexy It’s X-Rated, But… | TechTree.com

A OnePlus So Sexy It’s X-Rated, But…

That hype machine still does the buzz, but the ‘invite’ system masks supply issues--and low sales 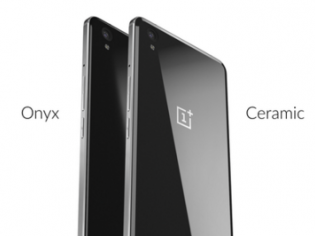 In the jury for the NDTV awards this year, the most-debated of the categories were, expectedly, the two groups of smartphones.

For a range of reasons, the most-discussed of the phones in either category didn’t finally win. In the budget phone group, everyone liked the Moto-G (but for the second-gen version, which just made it into the sub-10k budget category, it was end of the road). The budget-phone winner was the very capable Lenovo K3 note.

In the smartphone category, which was finally won by the elegant, much-sexier-than-iPhone Samsung Galaxy S6 Edge, the most debated, the most controversial, candidate was the OnePlus One. (The OnePlus 2 had come out just around our cut-off date, and jury members were unsure about its stability at that point.)

What most of us were agreed on was the buzz around the OnePlus One. Everyone was talking about it; many wanted one and didn’t have ‘invites’ for it. Yes, the ‘invite’ system masked manufacturing and supply constraints with a cloud of exclusivity.  Yes, great specs for the price. Rs 21k and 64GB, for a start.

I use a OnePlus One as one of my two phones (the second is a BlackBerry Passport) and I too was conflicted. It works well, but with the glitches of a first-gen product. Occasional overheating, battery life (now down to under half a day, after 6 months of use), flashlight and apps coming on randomly (turns out on-screen gestures on a sleeping phone were responsible).

And while it’s the promised flagship specs at half the price, this all-plastic phone also feels built to a price. (The newer OnePlus 2 feels a lot more solid, with mag-alloy sides, but it’s pleasingly plump at 10 mm 175g.)

It’s The Sexiest One

And now there’s the OnePlus X, launched today. By all accounts it looks better than both its siblings, in ‘Onyx black glass’ on a metal bezel.

At 138g the X is the lightest and slimmest OnePlus to date, which isn’t saying much, but there it is. The camera’s a 13Mp f/2.2 with a claimed 0.2 second phase-detect autofocus, and the 8 Mp front camera has a Beauty Mode (yikes!) for selfies. Snapdragon 801, 3GB RAM, sharp 5” AMOLED, twin nano-SIMs and a microSD card. Oh, there’s FM radio too. There’s also a 160g, more expensive, Ceramic version that takes '25 days to craft'. Once again, a great price for these specs should keep the buzz high: Rs 17k (Rs 23k for the Ceramic). Once again, though, there’s the irritating invite system, which means they still haven’t cracked their manufacturing and supply issue.

So is this OnePlus country? Far from it.

CyberMedia Research (CMR) analyst Faisal Kawoosa estimates that now, a year down the road, there are less than 350,000 OnePlus units with Indian users. CMR data shows 200,000 unit sales of OnePlus handsets in the first six months of 2015.

Including the OnePlus 2 numbers, “they should touch a half million for all of 2015,” Kawoosa says. He hadn’t factored in the X when we spoke, but that may not make much of a difference in two months.

Not bad for a startup, but still less than half of one percent of India’s smartphone market for 2015.