R/C toys for the floor, ceiling, and everything in-between. 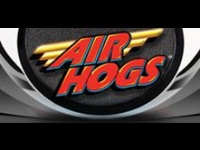 Blame evolution, but guys are hard-wired with two basic instincts: (1) the love for all things fast and dangerous; (2) the urge to humour the McGuyver in you. It is for these reasons that boys and men alike have always loved gadgets and fast vehicles. If there's one thing that embodies these binary traits of manliness in one package, it is Radio Control or R/C as it is known popularly.

Like all good things known to mankind, this technology too was perfected during the World War II, only to be adopted later into a veritable hobby for grown-ups and toys for the kids. Unfortunately, this R/C craze didn't reach India until now. This is partly due to the prevalent economic conditions and the government's ass-backward protectionist policies.

I was lucky enough to be introduced to the R/C hobby very early, thanks to generous NRI relatives. Even now, a large chunk of my pay cheque is gobbled up by hobby-grade R/C projects. However, a bit of lead poisoning notwithstanding, Indians are finally warming up to cheap and affordable toy-grade R/C, all thanks to the Chinese. Needless to say, when Zapak sent over three R/C toys from the Air Hogs repertoire, I grabbed the opportunity with both hands. Let's start off with something decidedly jaw-dropping.

The torque-cancelling coaxial rotors obviate the need for a extra tail rotor.


There are few things as cool as an R/C helicopter, but Air Hogs R/C Sharpshooter manages to be even cooler. That's because it's an R/C helicopter that shoots missiles. At less than 20 cm in length, it's light and small enough to be flown indoors. This way, beginners don't have to worry about decapitating random strangers on the streets. Made from impact resistant plastic, the Sharpshooter is pretty much indestructible. The rotors are fashioned out of a flexible material that can survive severe impacts. However, be advised as the rotors may lose shape if stored improperly for long.

Unlike complicated 6-channel R/C helicopters using servo actuated swashplate assembly and Collective/Cyclic Pitch Mixing (CCPM), the Sharpshooter is a 2-channel design employing a fixed swashplate with no pitch controls. In layman's terms, this means the helicopter will not perform barrel rolls, or be capable of backwards and sideways flight. It can only change elevation (up and down), yaw (direction), and move forward perpetually at a fixed rate.

Gyroscopic Stability
On the bright side, the Air Hogs' design is the most stable 2-channel helicopter that I have flown, with the exception of the excellent Silverlit PicooZ. How does it achieve that? This is courtesy of an inbuilt solid-state gyroscope that intelligently distributes torque across its coaxial rotors for stability. The Sharpshooter's clever combination of a pair of reciprocating coaxial rotors mated with an electronic gyro eschews the need for a separate torque cancelling tail rotor. This way, the two channel system can use two rotors to generate lift, as opposed to PicooZ's single rotor.

On paper, this should make the Air Hogs faster than the PicooZ. However, this benefit is cancelled out since the former is considerably heavier than the latter. In fact, the Sharpshooter is one of the slowest 2-channel choppers I have flown. The Chinese have combined the Air Hogs and PicooZ's design into a 3-channel system that delivers additional fore and aft movement. ModelArt of Bangalore, in fact, sells these rebranded Chinese 3-channel helicopters Rs 1500. As superior as the design is, I don't recommend the ModelArt choppers because they are extremely unstable and don't last beyond a couple of months.


Caveat Emptor
The sheer awesomeness of flying a tiny helicopter ensures a lot of replay value. Having this product in the office affected our productivity big time. However, you can't blame us, because firing missiles at co-workers never gets old. It is simple: You work for the ten minutes that it takes for the batteries to charge, followed by another ten minutes of tagging your colleagues with plastic missiles.

Unfortunately, the Sharpshooter is plagued with reliability issues. We had intermittent problems with the gyroscope in our review piece, which ceased to matter once the editor inadvertently sat on it. Nevertheless, a friend's few months old Sharpshooter stopped working as well. That means, either we were unlucky twice in a row, or PicooZ is the only reliable 2-channel helicopter available in the Indian market.

When it does work, the Sharpshooter is a truck load of fun. The Air Hogs' easy flight characteristics, light weight, and relatively soft rotors make it suitable for children as well. If you seek a helicopter to fly around the house, nothing beats the PicooZ. However, if you want to shoot missiles at unsuspecting people there's no alternative to the Air Hogs Sharpshooter. Just pray that it stays trouble-free longer than ours did.