Home » Mobiles » Acer Launches The Iconia One 7; Beats Itself In The Budget Tablet Game

Acer Launches The Iconia One 7; Beats Itself In The Budget Tablet Game

After launching the lower specd and higher priced Iconia A1-713 the company launched a better specd lower priced one. 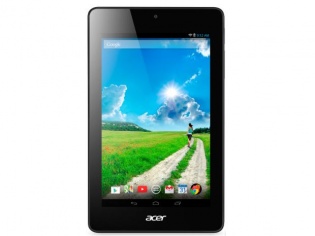 Acer seems to be getting its pricing all wrong these days. The company had recently announced its Iconia A1-713 tablet on a budget for an asking price of 12,999 and now it has again launched another tablet with HD specifications at a lower price tag called the Iconia One 7.

Indeed the Iconia One 7 comes out on top when pitted against Acer’s own higher priced, MediaTek powered sibling. But wait, because there is also the price. The Iconia One 7 costs just Rs 8,499 compared to the A1-713’s Rs 12,999 price tag.

The tablet is available exclusively on Amazon.in in black and the online retailer will even pack in a Philips DJ SHL3000 headset for free for the first 1000 orders.