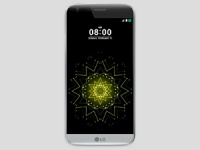 LG Display, the world’s leading innovator of display technologies, announced that it will invest   $1.75 billion in a new 6th generation (1,500mm x 1,850mm) flexible OLED display production line in Paju, South Korea, as part of its preemptive efforts to change and lead the approaching era of flexible OLED screens for mobile devices.

Dr. Sang-Beom Han, CEO and Vice Chairman of LG Display, said “A paradigm shift to OLED represents both a challenge and an opportunity for the display industry.” He added, “LG Display is determined to become the leader in the fast-growing OLED market through timely investments to maximize efficiency.”

The new production line, E6, will be installed at its P9 plant in Paju with KRW 500 billion already invested to build supporting infrastructure. The E6 line is scheduled to start mass production in the second half of 2018 and will produce 15,000 input sheets per month. In addition to this new line, LG Display already has a 4.5th generation flexible OLED display production line (E2) in Paju, and is building another new 6th generation production line (E5) in Gumi which was announced in July 2015.

LG Display announced in November 2015 that it planned to invest a total of more than KRW 10 trillion for the new P10 plant in Paju to produce mainly OLED displays including large-size OLED displays and flexible OLED displays. With the investment in P10, which is now under construction, and expansion of the P9 facility, the company is laying a firm foundation to lead the next generation market for smartphones with its advanced OLED technology.