The info comes from the CEO of France Telecom. 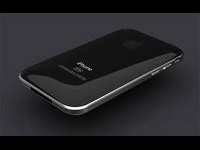 Apple's iPhone 5 is closing in on its official announcement as well as launching date. Generally, people start speculating just before a handset is to be launched or is set for an announcement. We've heard a bunch of rumors about the launch of the iPhone 5 and its features, but now we have confirmed info from the CEO of France Telecom, which is a subsidiary of Orange UK. Stephane Richard let the cat out of the bag by mentioning that the handset will make way on the carrier's network on October 15th which is hardly a month from now. The info comes as good news to many, since CEOs of companies get this kind of info straight from the horse's mouth, which in this case is Apple. Earlier, it was reported that the Apple iPhone 5 will be hitting the UK on October 21. Richard's claims have more weight than any other rumor, so it makes more sense to go with this info.

This could very well mean that Apple is preparing for an announcement by the end of this month. So this pretty much confirms that the iPhone 5 is indeed making its way to the markets this year, which is very good news. As far as the Indian launch of the handset is concerned, we might have to wait for a while before the handset is made available. However, that shouldn't stop users from shipping the handset from foreign countries. That being said, Indian carriers could surprise us by launching the handset in time.