What To Expect From Apple’s Biggest Launch Of The Year

The iPhone 7 event be held on September 7 has already generated immense excitement and curiosity in the tech universe. 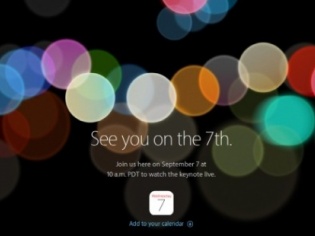 The iPhone 7 event be held on September 7 has already generated immense excitement and curiosity in the tech universe. Needless to say, half of the tech enthusiasts are busy drawing up conclusions regarding what the features of the iPhone 7 – what it will be like, especially as the company is doing away with the 3.5mm headphone jack. Also, there is now a Twitter account of Apple, which many believe, would live tweet the event, giving a detailed overview on social media itself. Previously, the company has used its own blog to share updates. As the buzz is getting stronger, we chalk out what tech enthusiasts should expect from Apple’s biggest launch of the year.

The curious case of the 3.5 mm jack

For some strange reason, the tech world seems to be obsessed about Apple iPhone 7 headphone jack, which traditionally has been the 3.5 mm fit seen thus far. Everyone even remotely concerned with Apple, have been thinking whether the company will continue with the headphone jack, or have other provisions for headphones to be used, such as the Lightning port. There could also be a secondary grille in place, or may be an additional speaker or microphone, where the jack previously existed. Some renderings show special Bluetooth headsets and earphones, with new designs to fit the human ear, without the need for a wired connection, as well.

From the times of the iPhone 5, where it had 3 versions- the standard 5, the premium 5s, and lower-end 5c, or even the iPhone 6- the smaller iPhone 6, to a larger 6S+, it is natural that the speculations regarding multiple editions of the phone could be headed our way. Perhaps a smaller 4.7-inch screen for the iPhone 7 and a larger edition for the iPhone 7+, perhaps in the 5.5-inch screen category? But as unpredictable as these things can get, Apple really likes to keep things stored in till the last, and pull of a surprise.

Apple still manages to do a great deal with it's camera on the handsets. Most of the 8Mp cameras on the current iPhone models manage to do a better, if not as good a job as some of the 12 or 13MP cameras in the Android handsets. However, there have been demands from the Apple fans with regards to optical image stabilization (OIS), a 12MP masterpiece with even better imagery from Apple's designing expertise, dual-lens setup for adding more details into the captured photos and videos, or even 3D imaging. The dual lens setup could add to the focal length reach of the camera, without adding bulk to the device, which Apple iPhones are least likely to have anyways.

Apple, during it's Steve Jobs era, as known to introduce a device with a radical change everytime around, so putting the guesses for a 3D image capability on the iPhone won't be too far. But how much faith does the company have in 3D image capturing, considering that the 3D shooters are highly priced, as the iPhone itself being a premium buy in comparison, adding anything on the costs might just alienate a few more users.

After Apple announced at the Developers' Conference in June this year, iOS 10 is coming, and the iPhone 7 launch event seems to be the time when the audience gets to witness it. Several changes are being wished for, including the 3D touch, which will bring in many more apps and make the control center more dynamic than before. Other expected enhancements include Snapchat-like features, including stickers, doodles and even something called invisible ink, which will allow an user to see the message only when they hover it, making it secure from the public from viewing.

Other expectations include a new Maps application, new AI-powered set of Photo tools (daily, auto-generated Memories galleries and the likes), spotlight enhancements, and the ability to delete stock apps as well, in case one does not need them. In other word, lesser the bulk, better the space for new apps and speedy operations.

With the new Apple watch due for a while, September 7 is when the next edition of the smart wear is expected to make an appearance. The iWatch 2 is supposed to get some upgrades like the new Watch OS 3, which will have a new SOS feature connected to emergency services, new apps to monitor breathing patterns of the user, an enhanced GPS tracker for more closer fitness monitoring, and the ability of watch users to directly log-in to their MacBook, without the traditional methods used earlier. With IoT being even more popular by the day, there is every reason that the universe of Apple, will be looking to step on it with their tech craftsmanship earlier than the competitors.

Having said what has been said already, these are more or less wishful changes that the universe of Apple users and tech enthusiasts are banking on. The list could be more extensive, or it could just a few changes lesser, but Apple like always, will keep the audience lingering on with the analysis of what is to come, which will only be clear after the event on September 7.