Three different methods posted within hours of its launch. 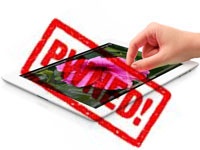 Within three hours of its launch on 16 March, the "new iPad" had already been jailbroken. The third generation tablet was hacked into by Musclenerd, a member of the iPhone Dev Team. He later tweeted a screenshot of the jailbroken iPad as a proof of his success, along with another image showing how he acquired root access to the device. He was soon followed by another member Stefan Esser, who posted a video showing off his untethered jailbreak method. Later, a third hacker named Grant Paul came up with a third method. It seems as if these three had been competing with each other for the best way to exploit the new iDevice.

For those who came in late, jailbreaking is a process in which limitations imposed by Apple on its iDevices are removed. While this may make the device unstable, it also gives users a chance to install applications not allowed by or unavailable at the official App Store, through the Cydia Store. This also lets users install cracked applications, which is the reason why Apple is opposed to jailbreaking and does not support such modified devices by voiding its warranty.

For those curious to know more, here are the screenshots posted by Musclenerd: Here is the jailbreaking video posted by Stefan Esser or @i0nic:

Finally, these are the images posted by Grant Paul or @chpwn of his method: