Home » News » India Will Soon Have Its 'Own' Operating System: Reports

India Will Soon Have Its 'Own' Operating System: Reports

Spearheaded by Defense Research and Development Organization (DRDO), the desi OS promises what Linux and Windows allegedly don't have. 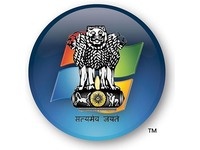 Here's a development that we read about and are quite perplexed with the details of the report. Apparently, the DRDO (Defence Research and Development Organization) has some glorious plans in the making. No ICBM, no nothing. These guys are on to making an 'Indian Operating System' (yes that is what it is named as), providing a rather questionable justification for the project.

DRDO's Director-General VK Saraswat suggests that India is very dependent on foreign operating systems, such as Windows and Linux. The Director-General perhaps does not realise that no one really owns Linux. The concept of foreign vs Indian does not apply to open source software, including Linux. It is entirely possible to take the Linux core and build something extremely robust and strong on top of it.

He added that these (the so-called foreign operating systems) tend to compromise cyber safety and are susceptible to worms and other security issues. Which is why, he claims, it is necessary for India to build its own OS.  It would be very surprisingly if our mission critical defence systems are not already running an OS thoroughly tested for security holes. So what is this Indian Operating System supposed to achieve? For common citizens it means nothing - there are plenty of free and robust open source OSes to choose from already, if one is paranoid about digital security. On a related note, India already has a desi OS called BOSS (Bharat Operating System Solutions) with support for Indian languages.

If the Indian Operating System is being developed for defence use, sure, that's a different matter. But why are we not already on a secure OS (of whatever platform) ?

Apparently, DRDO has already spent 18 months to develop the OS with 150 engineers working on it. Could these skilled engineers have spent their time on critical tasks, say building systems for intelligence gathering? Judging that is beyond the scope of TechTree, but the answer seems fairly obvious. This "Indian Operating System" (no points for creativity), which will need 3 more years to possibly be ready seems like the desi fad being taken too far.

Saraswat also added that India should also manufacture its own hardware, as currently all transmitter / receivers are being imported. Good. Next, let's take over the world. Then, nothing would be foreign.

Hi Badri, Yes, the comments may seem 'over critical' as you call it, but we look beyond what the press releases say. We attempt to analyse every news we carry, and this is no different. With respect to the indigenous hardware, of course, the idea is acceptable. What is being questioned is the practicality of achieving it, and even if we do, the RoI.
Submitted by Kailas Shastry on Fri, 21/12/2012 - 16:31

Hi Kabir, Looks like we have indeed touched a rather sensitive nerve here. No one here is disagreeing to importance of securing our assets, both, physical and digital. I urge you to re-read the article. What is being questioned is the rationale offered for developing an OS, apparently from scratch. The explanation offered by a high ranking officer that Linux is somehow 'foreign' is surprisingly, to say the least. Your last line, ' "foreign" companies do keep a back door to access the information from your machines.' is a conspiracy theory floating around for ages now. No proof of that has ever surfaced.
Submitted by Kailas Shastry on Fri, 21/12/2012 - 16:41

Hi Rohit, Given the seriousness of the issue, and the difficult question that the article has raised, I would like to further justify our stance on this. Firstly, open source does not mean open doors. Security holes are a function of how well / badly the whole OS or application is put together (we are not even talking about the network layer, which is where many security holes exist). As stated in my earlier comment, it is a misconception that 'foreign' software 'come with back doors'. Secondly, when a high ranking officer calls the world's largest open source project 'foreign' and implies that it is necessarily insecure, we question the basis of that statement. If a secure OS is being built now, we question why it was not already in place (irrespective of whether or not it is a home-grown one). On a side note, it is nice to see the patriotic fervor in several of the comments, including yours, that have followed the article. Cheers!
Submitted by Kailas Shastry on Fri, 21/12/2012 - 23:58
News Corner
IMP IMP IMP
##