Home » Mobiles » Micromax, An Indian Mobile Phone Company That Got It Right

Micromax, An Indian Mobile Phone Company That Got It Right | TechTree.com

Micromax, An Indian Mobile Phone Company That Got It Right

The company is all set to launch its new flagship, the A116 Canvas HD on Feb 14 - Valentine's Day. Here's a look at how this company came to do what it does. 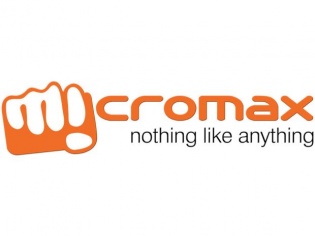 Micromax is a rather big name today - in fact, it is the largest Indian mobile phone company. It is interesting to note that it took birth as a software company called Micromax Informatics Limited (the reason why its website is still Micromaxinfo.com) in the year 2000 by a group of four friends.

In 2008, Micromax entered the mobile phone market and just about managed to get a foot hold, with a 0.59% market share during the first half year of its existence. By the end of March 2010, its share was 6.24%.

Low cost: The idea of 'cheap and best' works in India. Before Micromax came into the market, the (really) cheap mobile phones market was almost completely dominated by Chinese imports which came with issues such as an invalid or absent IMEI number, abysmal build quality and design, sluggish performance, and high radiation levels. 'Branded' phones were priced too expensive for the masses. While it can be argued that even Micromax rebranded Chinese phones (and continues to do so), the company brought in some form of legitimacy and of course, the handsets came with warranty.

Some of the other innovative handsets introduced by Micromax include the X40 dual-SIM phone that came with an inbuilt projector. The company also brought out the Van Gogh X450 with an integrated Bluetooth headset that saved the user from worry about losing the earpiece, as it remained embedded in the handset when not in use.

Unashamedly tacky, but it worked: Micromax didn't shy away from introducing product designs that other companies would think twice about (not that it is necessarily a good thing). The model referenced here is the A55 Bling phone that, as the name suggests, carried a lot of bling, which we dare say appealed to the fairer sex. The company didn't worry about being branded sexist and it did succeed. The strategy worked in its favour resulting in the A55 Bling selling like hot cakes. Sure, Micromax was not the first to introduce a phone with bling, targeted at women, but others advertised such models more subtly.

Taking the battle to Samsung? Micromax annouced its A116 Canvas HD phablet just a day before Samsung made its annoucement of the Galaxy Grand. The A116 Canvas HD is better specced and less expensive than the Grand (Rs 15,000 vs vs Rs 21,500). Now, Micromax is putting its phablet up for sale on on St Valentine's Day, available for online purchase on the day of release. Bold move, we say!

Customer service disappointing! Unfortunately, Micromax too suffers from the one big folly that ails Indian consumer technology companies - inferior customer support. A few retailers, on condition of anonymity, have said that the customer support of Micromax is bad (in as many words). This is corroborated from our readers' feedback in our stories. Micromax's low cost and VFM strategy has got it this far, but if it has to take on the biggies like Samsung and Nokia, customer service is one area the company has to immediately work on. This could be the deal maker or breaker, going forward.

Micromax done gr8 move 4 marketing,But when they r racing wth samsung or nokia they want fulfil the market requirment.Pl. increase a supply.maximum product online showing OUT OF STOCK board.
Submitted by ASHOK on Fri, 22/03/2013 - 14:51
News Corner