Home » Mobiles » How To: Make The Most Of Your Nokia Lumia With Lens Apps

How To: Make The Most Of Your Nokia Lumia With Lens Apps | TechTree.com

How To: Make The Most Of Your Nokia Lumia With Lens Apps 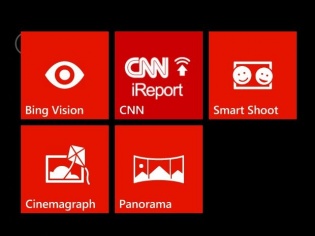 Windows Phone 8 comes with something called Lenses. Lenses, in this context are generally plugins (and physical lenses that you would associate with DSLRs) , which can be integrated right into the camera's UI. While there are quite a few lenses available for WP8, the more interesting ones are developed by either Microsoft or Nokia. We briefly covered Lenses in our Lumia 920 review, but figured that this topic needs an article of its own.

Cinemagraph
A picture is worth a thousand words, the saying goes. However, if you want pictures to get livelier, and actually do something, try Cinemagraph. This app allows you to capture "moments" as an animated image. True, people have been creating animated GIFs for a while now, but the 920 makes it so much more easier. To use the app, just start Cinemagraph, point your 920 on target, and hold your handset steady for a couple of seconds as multiple frames are required to generate an "animation". Once the photo is taken, the app automatically circles the spots that can be animated. If you're not happy with these suggestions, you can manually select the area via the edit mode. You can even play around with the speed and length of the animation. Check out some fun samples below:

Click on the image, to check out the original high-resolution captures.

Smart Shoot
Photography is all about the timing, and sometimes it can be rather difficult to get that right. For instance, if you're trying for a perfect group shot, at least one person will blink and prove the Murphy's Law right. Normally, you'd have to redo the shot, but Nokia's Smart Shoot lens let you actually fix it without going through it again. The process is simple: select "change faces" option and the software will detect and circle all the faces in the photo for you. Now select a face, and use the slider to choose the right frame. Once you get the desired results, hit the check button and then save the file.
Let us take you through the process frame-by-frame.

Assume that you're taking a picture of your friend at the Gateway of India, and a chanawala steps into the frame just when you hit the shutter button. Now usually, you'd cuss that poor guy, and delete the photograph. However, with Smart Shoot, you can remove that chanawala and save the photograph. The process is fairly simple, you only have to select the "erase objects" option from menu. The software will then draw a white outline around the person that might have accidently walked into your photo. Now simply tap on it, and he's gone without a trace. See the results for yourself: (No, I'm not putting up the pictures of the Gateway of India or my pretty friend).

Bing Vision
Bing Vision is a camera app, which is not related to photography per se — but uses your camera, nonetheless. This tool allows you to scan QR and UPC codes. It can also detect the CD covers (album art) and get more information about an artist. More importantly, it can translate text from one language to another, within seconds. To test this feature, I opened a Chinese document on my PC and scanned it using the Lumia 920. Here's how it detected and translated the Chinese text to English.

Later, I decided to try the Chinese to Hindi translation. To my surprise, the software had no difficulty with this task either. Unlike the other lenses covered in this article, the Bing Vision isn't a Nokia specific app — you can install it on Samsung or HTC's WP devices as well.

Panorama
Last, but by no means the least, Panorama is a must-have lens for your Lumia device. Since this form of photography dates back to 1843, I think everybody knows what it does. Compared to the earlier WP 7.5 version, the updated software features a much better UI. It's certainly better than the Wondershare or DerManDar (DMD) panorama apps available for Android devices, but you'll still need some photography skills to achieve a perfectly-aligned image. Comparatively, you can get same results on the iPhone 5 with less efforts and expertise. To check the full-sized sample, click on the image below: