Radios Are Making A Comeback With Feature Packed Hardware

We take a look at a budget compact radio to see if it is still relevant in India. 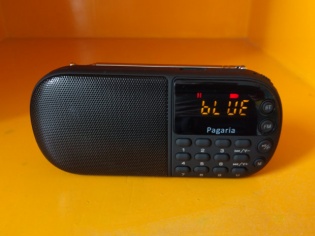 No other gadget has been written-off more often than a good-old radio. Despite that though, the invention from 1860s refuses to fade away in the 21st century. It is unbeatable in terms of accessibility and affordability. Moreover, time and again, we have seen that during the calamities where more modern complex communications system such as Internet or mobile phones fail, a radio continues work without any problem.

Although not as popular as it once used to be, radio is still widely used for communication and broadcast purpose across the globe. Due to the more convenient gadgets such as mobile phones and portable media players, radio is not looked upon as a first choice for content consumption, but the pricing is still on its side. What's interesting is that many domestic brands are now updating its FM radio products to stay relevant. One such brand is Pagaria, which has loaded its portable FM radio with bluetooth, MP3 player, USB, clock, LED light, and whatnot. So lets take a look at what it has to offer. 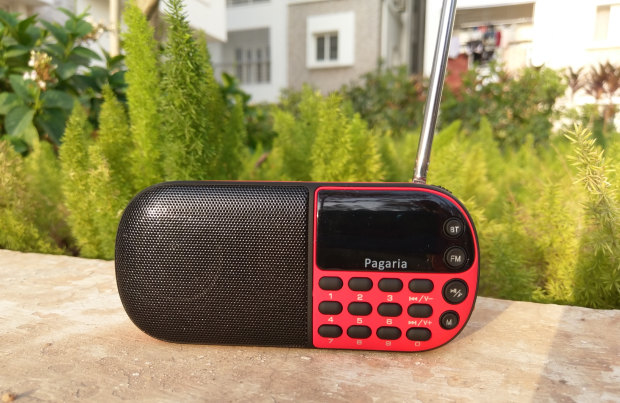 Design and build
The Pagaria L837BT is a compact radio. To put things in perspective, it easy sits on the the palm of your hand. The product has a nice matte rubberised finish seldom found on inexpensive products. The radio is sturdy too. It can easily survive a drop or two and not show it.

All the seams and notches are done well. The buttons have proper tactile feedback. The USB port and microSD card slot are exposed though. I wish it had a cover or a simple rubberised flap to save it from dust. The radio has a basic LED screen to display the information such as play pause, radio station, and battery indicator. You can also turn it into a digital table clock.
The L837BT comes in two colour variants - all black and bold red. The latter looks quite sporty for an FM radio. The product has an extendible antenna, which comes in handy to enhance signal reception. 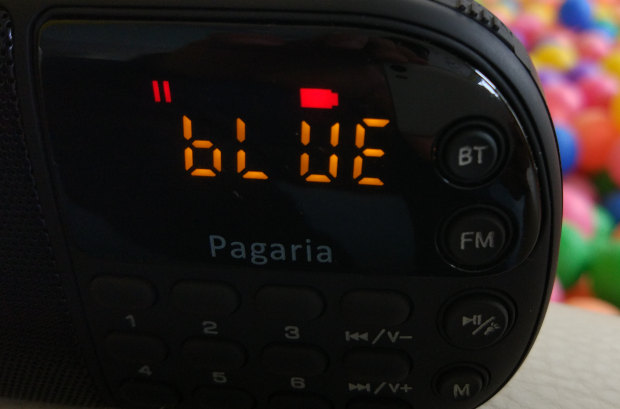 Performance
As mentioned earlier in the article, the radio is packed with features. Thankfully, its primary function FM radio is easily accessible. Simply press the FM button to switch to the radio from any mode. Pressing the FM button while in FM mode sets off auto channel scanning. Once the channels are saved, you can go through the list by pressing forward and reverse buttons. While this works well, an analogue radial tuner would have been a great addition.
A bummer here is that the same buttons double up as volume controllers. For a first few days, I was accidentally changing the channel while trying to lower the sound.
There's a button marked 'M', which lets you cycle though different modes. This product can be paired to your smartphone via bluetooth. You can play songs from your phone or use it as a speakerphone to receive calls. It can play MP3s stored on your microSD card or even a pen drive. The L837BT has a full size USB port to host a pen drive.
The onboard speaker has output of 3 Watts. The radio is surprisingly loud for its size. There's nothing to complain when listening to radio stations. However, when playing MP3 files over bluetooth or local media, the lack of depth in sound becomes apparent. I know it is not right to expect quality sound at this price point, but similarly priced speakers from F&D pull off much better performance in the audio department.
Battery
The radio comes with an 1800 mAh rechargeable battery. On a single charge, moderate use can give you 4-5 days worth of juice. In continuous playback, the battery lasts for around 20 hours. Verdict
In India, hundreds of million people barely have access to the electricity. Moreover, there are people, who are still not comfortable with new content consumption devices such as PMPs and mobile phones. For them, the L837BT is a well priced radio with a lot of extras. It has a lot of positives such as good fit and finish and ease of use. However, the company needs to work on the sound quality.